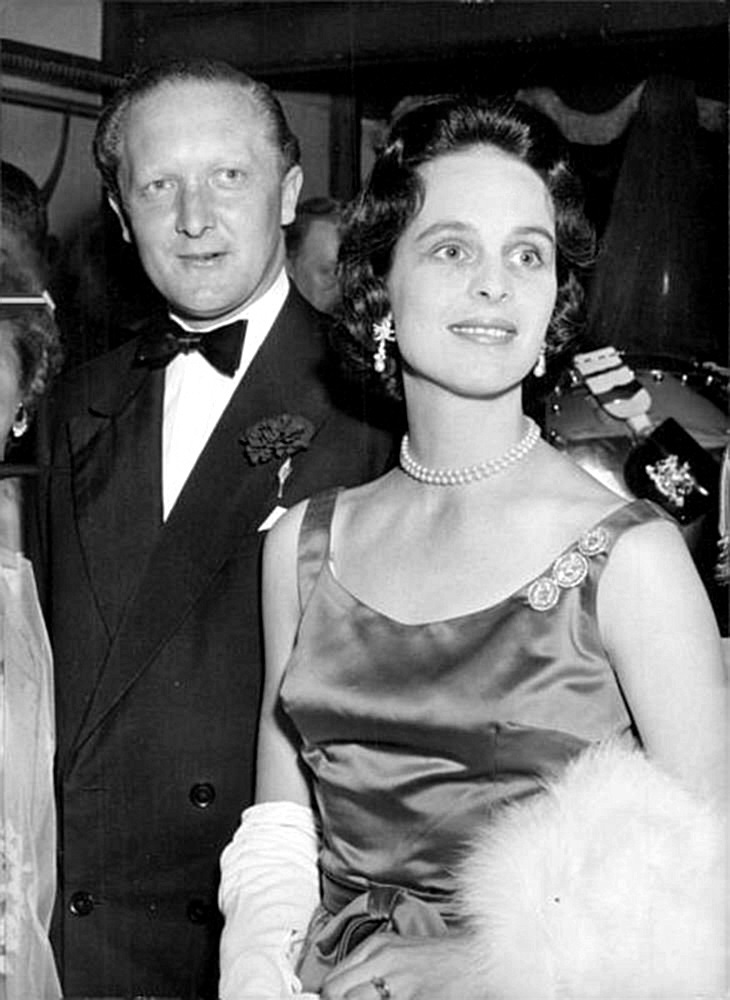 The Earl and Countess of Westmorland

Not many girls would have turned down the offer of marriage from the Duke of Westminster, but Jane Findlay did, and became instead a countess rather than a duchess, and in due course a close friend of HM the Queen.

She is not however the first Countess of Westmorland to feature in OrnaVerum as her husband's grandmother Sybil Mary Fane (née St Clair-Erskine) was an earlier holder of the title.

Jane Countess of Westmorland, who died 1 September, 2009, was one of the Queen's oldest friends and widow of HM's Master of the Horse, the 15th Earl of Westmorland.

Her husband was a Lord in Waiting to HM and served as Master of the Horse from 1978 to 1991 when he retired due to ill health.

The Queen is mourning the death of her great friend Jane, Dowager Countess of Westmorland, a noted beauty who turned heads in her youth. Sixty years ago, the then Jane Findlay was courted by the Duke of Marlborough, but she dumped him for the Earl of Westmorland, later the Queen's Master of the Horse, and they married in 1950.

In the Seventies, the Earl of Snowdon became enamoured of her and tried to cut in while she was dancing with the Queen Mother's trainer Peter Cazalet at a party.

Cazalet, however, declined to move aside, observing to Snowdon: 'This is not America.'

Later, it was reported, Lord Snowdon took his revenge by throwing two glasses of wine over his rival - one white, one red.