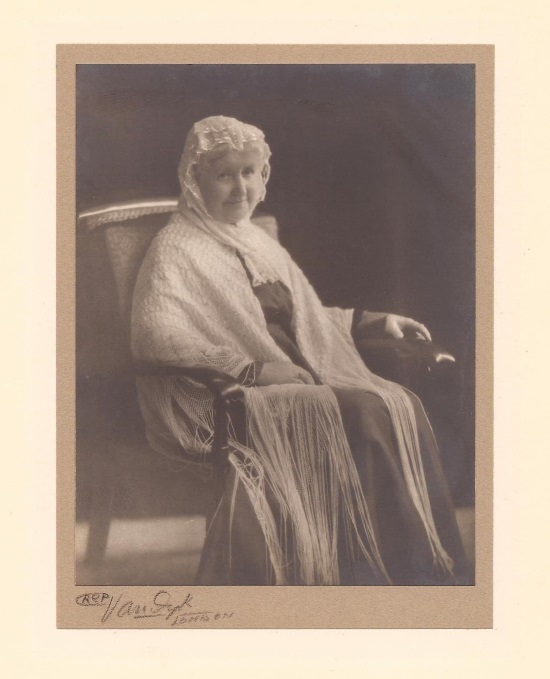 [Here and there in Sandy's very substantial documentary legacy, one not infrequently notices mild discrepancies between the trees and the profiles as to dates. Here, for example, Jessie Findlay is said to have died on 11 Dec whereas the tree has it as 31 Dec. There is also a typo: "Remy" should of course read "Renny".]

This profile certainly resolves my query elsewhere as to which Jessie Findlay had taken on the care of Val and Hannah – she was the unmarried natural aunt (as per Sandy's tree Findlays et al). But it compounds the mystery to an extent by saying that Anne had separated from Charles, rather than deserting the children after his death. Whatever the circumstances, we their descendants owe Jessie a profound debt of gratitude for her total devotion and commitment to them both. And what a lovely person she obviously was.

The young man whose romantic attentions she turned away, out of embarrassment about her post-operative condition, was Gustav Henrik Lundholm (1861 – 1925), whom we meet briefly on p29 of a colourful history of the Lundholm dynasty and their involvement with Alfred Nobel's explosives factory in Ardeer.

My grandmother Hannah never spoke of her childhood, and one can't be sure of how she and her sister Val addressed Jessie Smith Findlay, the spinster aunt who brought them up, but let's say "Aunt Jessie".

As mentioned above, Jessie had decided that some mysterious gynaecological condition would forever preclude her from marriage and motherhood, despite the deep romantic attraction between Gustav Lundholm and herself. But she assuaged her romantic disappointments by her care for the two 'motherless' nieces, and later on by keeping a scrapbook of press-cuttings relating to the births, marriages and deaths in the Findlay connection generally.

The majority of the cuttings are still firmly affixed, but some have either come loose or were never actually pasted in the first place.

I have now scanned the loose cuttings individually and those images will gradually be integrated into the appropriate Connections.

The scrapbook itself has been scanned, page by page, and those page-images are displayed below. Please note the following observations. 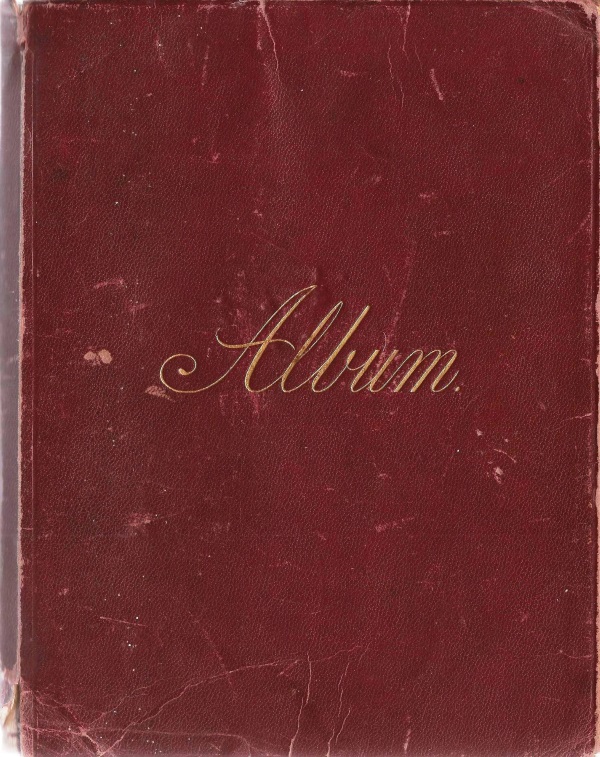 The two most cryptic items in the whole album are a torn fragment of embossed letter-heading and a snipped piece of the embossed envelope in which, perhaps, the letter had been sent. 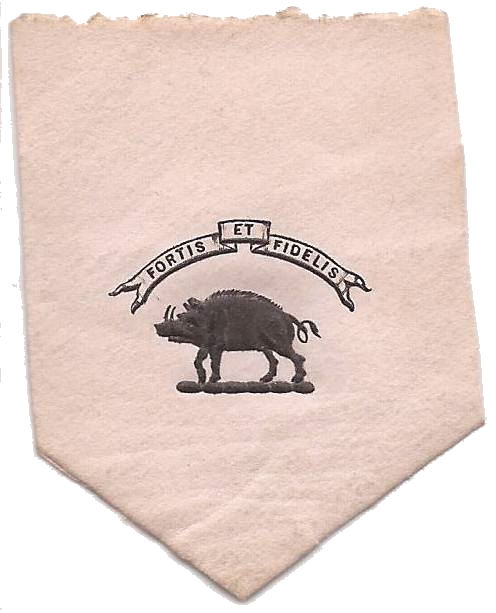 Putting on our deerstalkers and taking out our magnifying-glasses, what can we observe, and from our observations, what can we deduce? 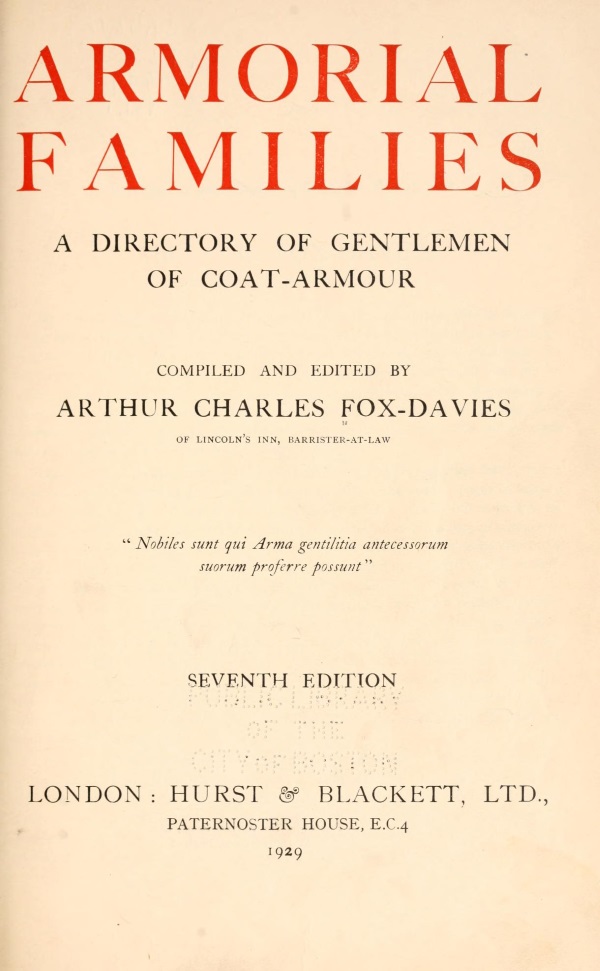 (Please click here for facsimile page-turning version)
As always with such online facsimile versions, the maximal screen display can be achieved by using a judicious combination of the options Fullscreen / F11 / Hide Nav Bar / Zoom custom ...% 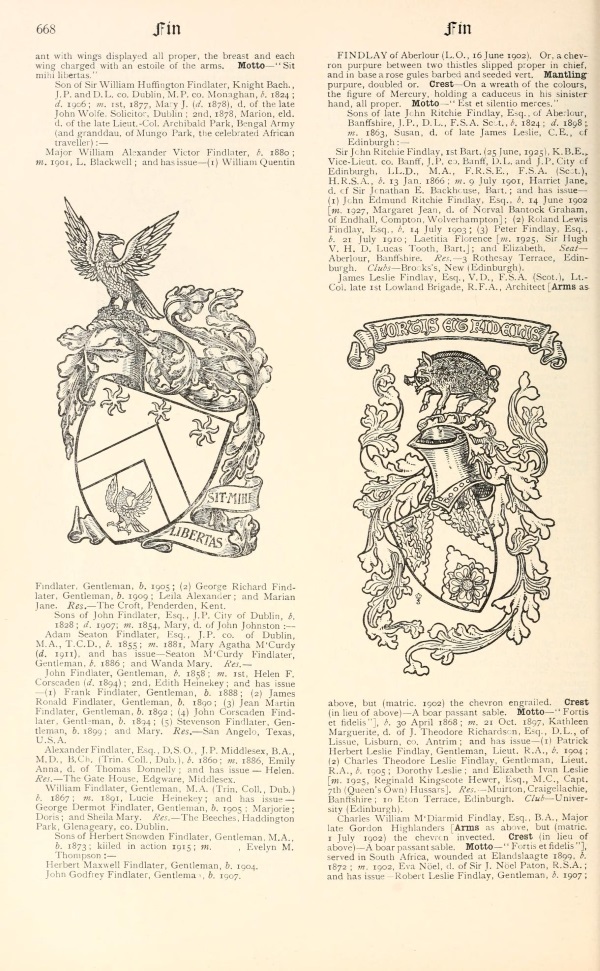 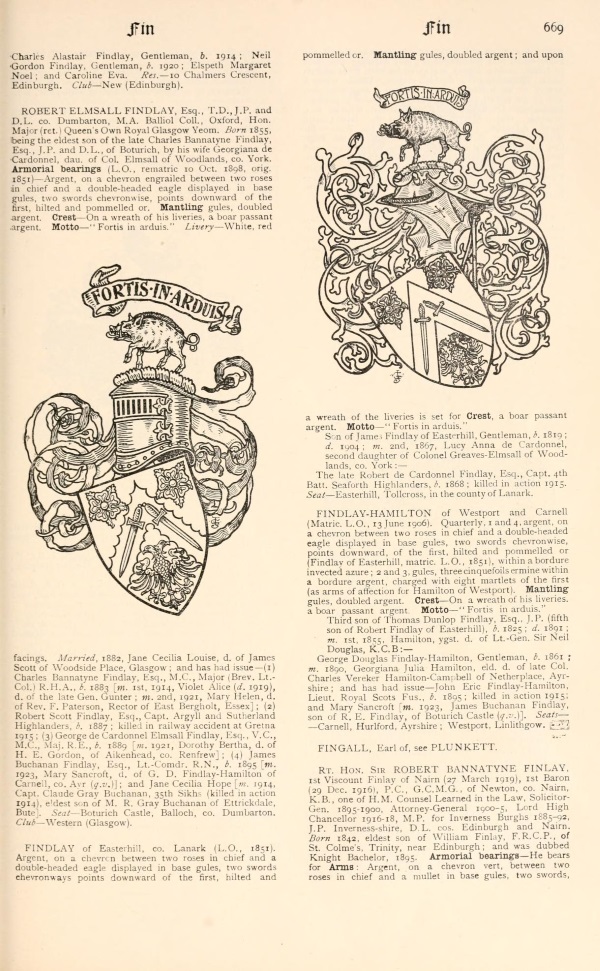 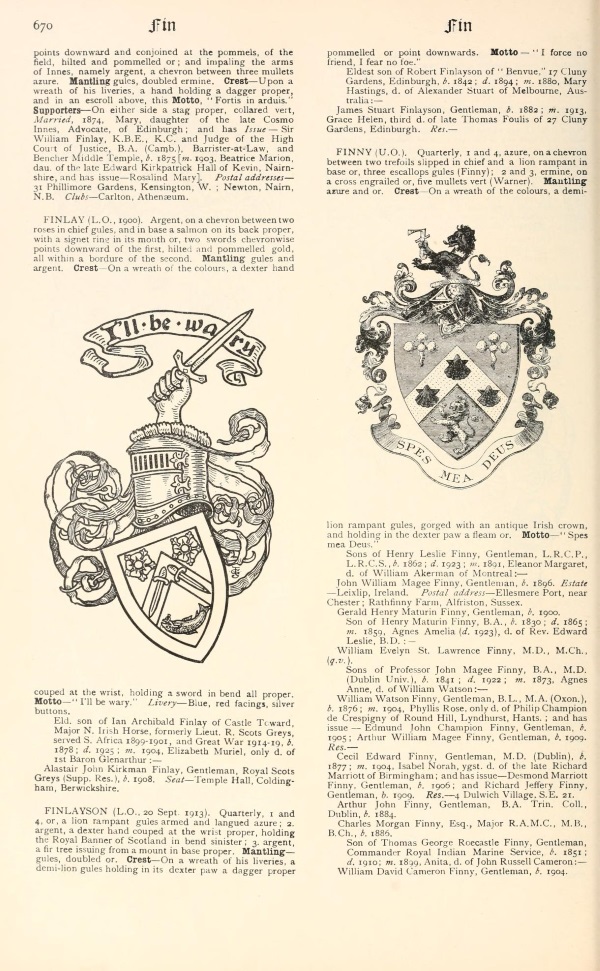 And so we see that Jessie Smith Findlay was in correspondence with a Findlay of the Boturich side.

(It was to one on that side that I was some years ago (ca 2013) instrumental in restoring the long-lost three-volume memorial compiled by the widow of Charles Bannantyne Findlay.)

But, at the very least, it is of great interest that she and Jessie were addressing one another as Cousin. It reinforces my hope that a common familial origin can eventually be established if I am granted the necessary time and energy – complementary variables, unfortunately, so that they cannot both be guaranteed ...

Behold, I shew you a deeper mystery ...

Serious doubt has now been cast on the proposition of a Boturich Findlay being the writer of the letter, as the address in the letter heading is that given for Charles Findlay, of the Aberlour Findlay line, in both the newspaper cutting of his death announcement and the official Probate record concerning his Will, as shown below.

So much, it would seem, for my fanciful hypothesis. Collapse of stout party, indeed.

And the date of his death is just over a year later than the date given in the letter – in fact, the poor chap seems to have died on his 71st birthday. His stated age at the time was 73, but according to the DoB in my records, he was born in 1831 rather than 1829. And the DoM I have for his parents is 3 Jun 1829 – no excuse of his "extreme prematurity" at birth would even have been imaginable! 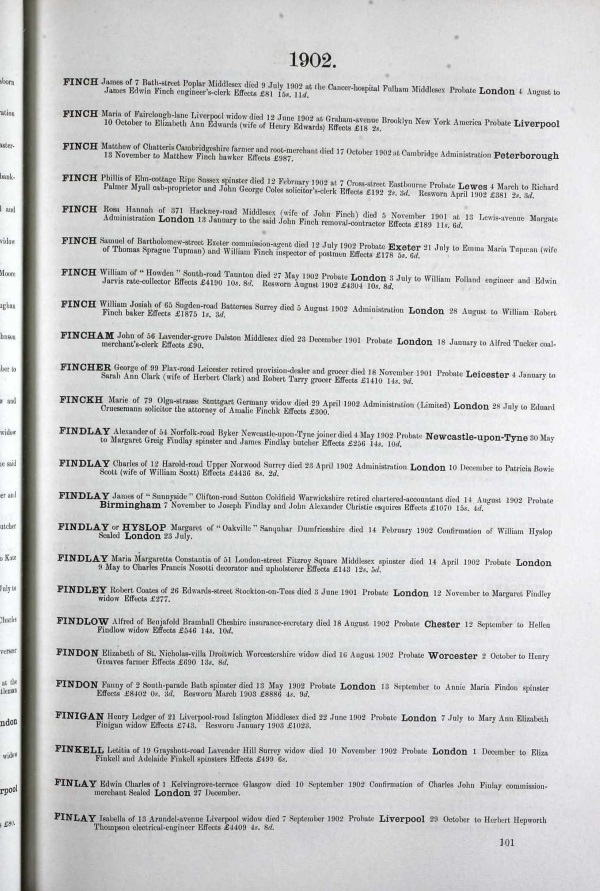 But on 31 Mar 1901, precisely a fortnight before Charles Findlay wrote that letter to Aunt Jessie on 14 Apr 1901, the 1901 Census recorded him as a visitor to the house, together with a solicitor Andrew McCormick, the Head of Household (plus family) being of a different name (Clark) entirely. Perhaps he was negotiating to buy the house – but why then would the existing letter-heading for Dunaverty bear a Findlay of Boturich crest and motto?

It's all a bit bizarre, especially as Charles Findlay was a Chartered Accountant, employed by the British India Steam Navigation Co, and the Head of Household, John Clark, was a Marine Superintendent (possibly connected with the British India Steam Navigation Co, possibly under investigation for suspected dodgy dealings with port authorities, for example, hence the solicitor).

For whatever reason Charles Findlay was there in the first place, he quite possibly stayed for at least the next fortnight, at which point he wrote to Aunt Jessie, and was certainly most sympathetic to the bairn, presumably young Anna Clark (age 11), evidently suspecting the Census Taker(s) of having brought those infections into the house.

So perhaps Charles Findlay was just a long-standing colleague of John Clark, (though the latter was almost twenty years younger) and, as a widower for the previous 17 years, was simply enjoying a sojourn in a lively family environment, The houses in Harold Road were reportedly large, well-proportioned three-storey buildings designed for large prosperous families, and what could be more congenial for an old fellow on his last legs?

Perhaps Andrew McCormick too was a long-standing colleague of them both from way back. No need for conspiracy theories as regards him either!

But although I do accept that it is overwhelmingly likely that it was Charles Findlay who wrote the letter, one still comes back to the question of the Boturich arms on the writing paper – indeed, that crest and motto were the personal bearings of Robert Elmsall Findlay (ie of Boturich), and had been rematriculated 10 Oct 1898, very much his and his alone ... Had they perhaps have been pirated to lend spurious distinction to the Clark family's correspondence? Or his? Nothing computes.

Sandy was a great compiler of scrapbooks that helped to organise his innumerable personal and immediate family photographs (he didn't seem to use conventional photograph albums).

But when scanning in Oct 2017 the first tranche of the Normandy Archives inherited from Sandy by Cousin James, I came across a most peculiar scrapbook of rather poor-quality 1980's vintage monochrome photocopies of Findlay family photographs evidently deriving from Aunt Jessie, but with captions written by Sandy himself in his often indecipherable draughtsman's calligraphy.

It was evidently meant to be a temporary means to an end, to be discarded once a more organised account was accomplished. The pictures had evidently been laid on the photocopier window, covered by a ruled A4 sheet, and copied. The copies had then been annotated by Sandy, and re-copied. The quality of the images after all this was unimpressive.

The photographic originals were, as usual, studio portraits that had then been professionally transferred to the familiar small glossy rectangular cardboard tablets then in vogue. Some were helpfully inscribed by Aunt Jessie on the reverse side, but others not – so Sandy's captions are very useful in identifying the subjects.

(Newton's celebrated remark about standing on the shoulders of giants is often interpreted these days as a pointed slight to the diminutive Hooke, but I invariably feel in this enterprise that I, at 5'7" and shrinking, am precariously perched on the shoulders of Sandy, who stood 6'4")

There have probably been a previous number of thumbs in the plum pudding, so to speak, and the page sequence is simply as I found it – uncropped, as the image-sizes are all so variable.

There is quite a head-count of Muirheads and Muirs, as a result of three key marriages: