Back in the day, as lazy journalists like to say, or in the later 1930's to be precise, Sir Edmund Findlay had to an extent fulfilled the social duties expected of him as Laird of Aberlour, at least as regards the Glorious 12th (that date in August being in England and Scotland the day from which grouse become fair game, and in July, being in Northern Ireland the day on which Catholic feelings suffer a similar, though non-terminal, fate). 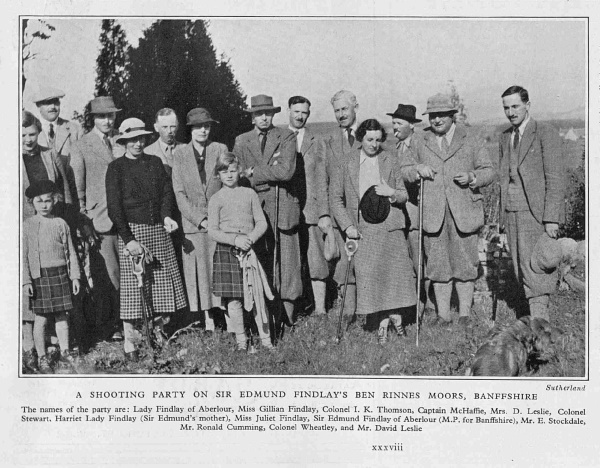 "Sir Edmund Findlay has had a successful season with the grouse in a year when many moors have suffered by weather and the heather-beetle. A recent shooting party on his moors is seen in the ... picture"

The unidentified lady with the shooting-stick is almost certainly Mrs Wheatley, and the socially-invisible chap with a fag in his mouth, seen en passant just between her and Col Wheatley, is presumably a retainer of some sort.

Note, as you might expect, that Gillian Findlay sticks close to Mummy while Juliet Findlay cleaves to Granny and Daddy (the latter uncompromisingly defensive-looking). 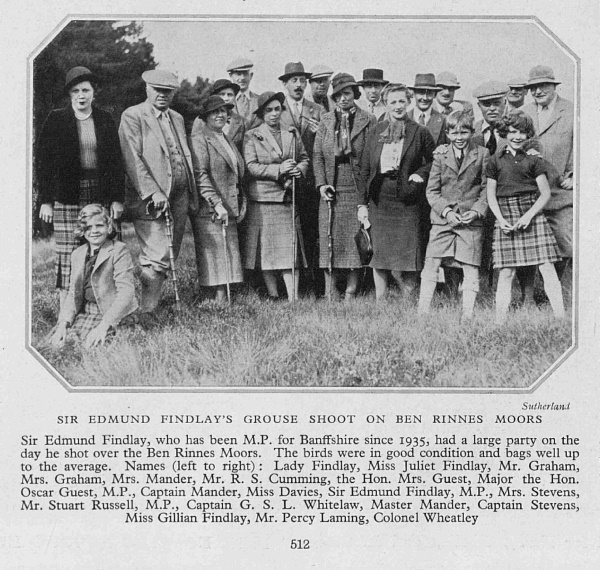 Almost symbolically, Edmund Findlay is to be seen not only in the back row (as should, I understand, the master of the estate on these occasions) but wearing the traditional black hat of the renegade, the baddie even, certainly the counter-cultural figure.

Lady Findlay isn't looking at her best, to be honest, but Miss Juliet Findlay, Master Mander and Miss Gillian Findlay are obviously enjoying every moment. 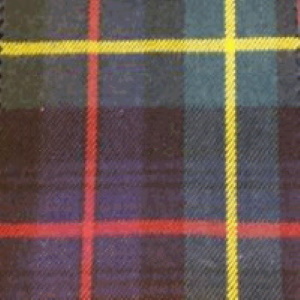 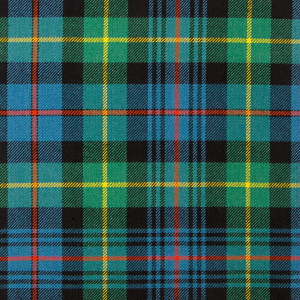 In both pictures, I'd guess that they're wearing Farquharson tartans
but which (out of many)? Two suggestions off the cuff.