Family - The Findlay of Boturich Connection

The Findlay of Boturich Connection 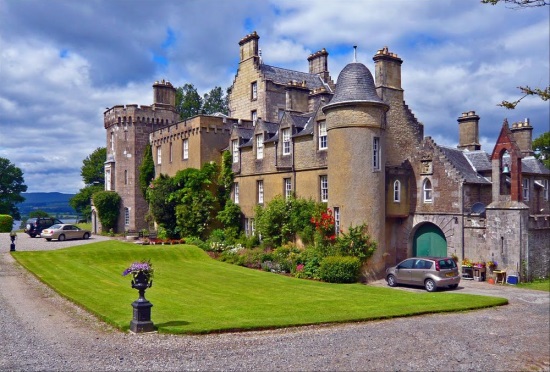 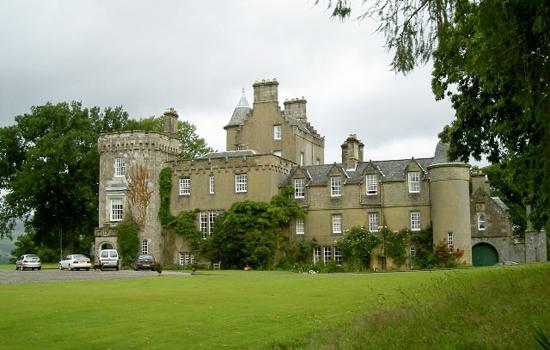 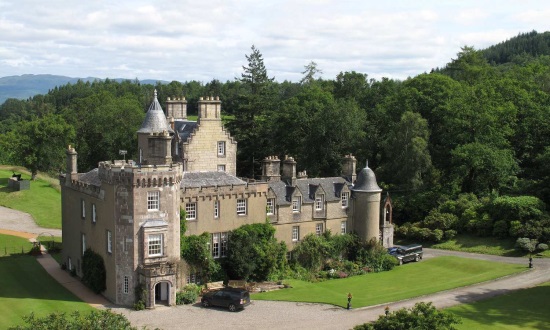 This is currently a rather speculative effort. There is certainly a connection, but whether it is by descent, or marriage, or purely commercial association, is yet (Apr 2014) to be established. But there is also a very remarkable twist to the tale, as we shall see presently.

Most of the following information is extracted from, or derived indirectly from, three principal sources 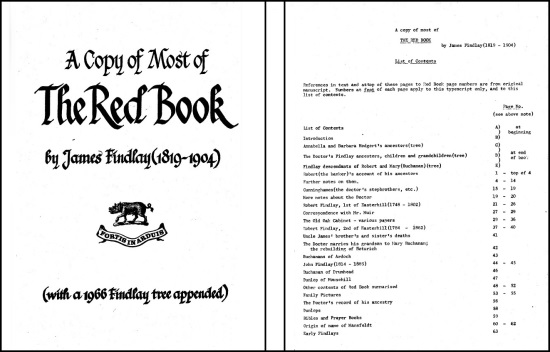 though plain straightforward googling has come up with a great deal of ancillary material (for the good Professor Robert Findlay, and the heroic Captain Charles Findlay, for example).

I'm not entirely sure about the detailed back-history of the castle itself, but that can be fine-tuned in due course if necessary.

I'm always intrigued by the origins of an oft-recurring family name, and it's interesting to delve a bit deeper into the origins of the de Cardonnels and the Elmsalls.

The Battle of Atbara took place during the Second Sudan War. Anglo-Egyptian forces defeated 15,000 Sudanese rebels, called Mahdists or Dervishes. The battle proved to be the turning point in the conquest of Sudan by a British and Egyptian coalition.

By 1898, the combined British and Egyptian army was advancing down the Nile river into Sudan. The Sudanese Mahdist leader, the Khalifa Abdallahi ibn Muhammad ordered the Emir Mahmud Ahmad and his 10,000 strong army of western Sudan northward towards the junction of the Nile and Atbara rivers to engage the British and Egyptian army led by Herbert Kitchener. Encamping on the banks of the Atbara river by March 20, Mahmud, with Osman Digna's group of Dervish warriors were within 20 miles (32 km) of the British camp outpost at Fort Atbara at the confluence of the Atbara with the Nile. On April 4, after seeing that the Mahdists were unwilling to attack, Kitchener quietly advanced with the British and Egyptian army towards the Mahdist fortified camp just outside the town of Nakheila.

The British attack began at 06:20 on April 8, 1898; two brigades, the British Brigade led by William Gatacre, and the Egyptian Brigade led by Archibald Hunter, led the attack. After a brief artillery bombardment of the Mahdist camp, the combined British and Egyptian brigades attacked. Soon, the British and Egyptian troops were in the Mahdist camp, often fighting hand-to-hand with the Mahdist warriors. After 45 minutes, the battle was over as Osman Digna led a few thousand warriors on a retreat to the south, while most of the remainder were killed or captured, including Mahmud who was captured by loyal Sudanese troops of the Egyptian Brigade. 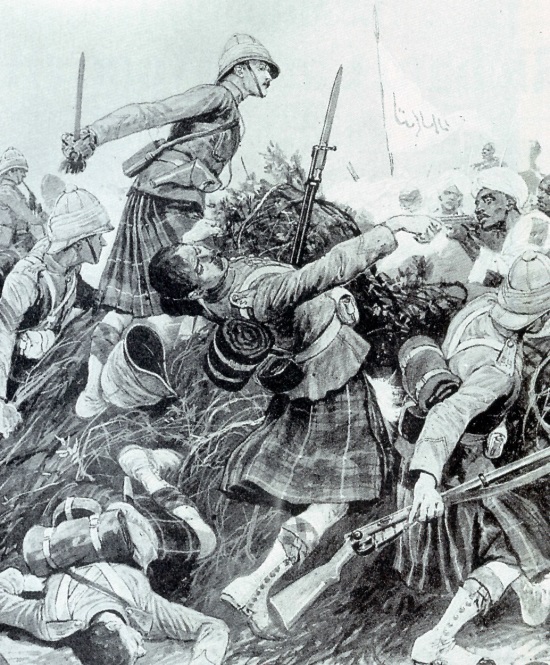 The Battle of Atbara, by Richard Caton Woodville 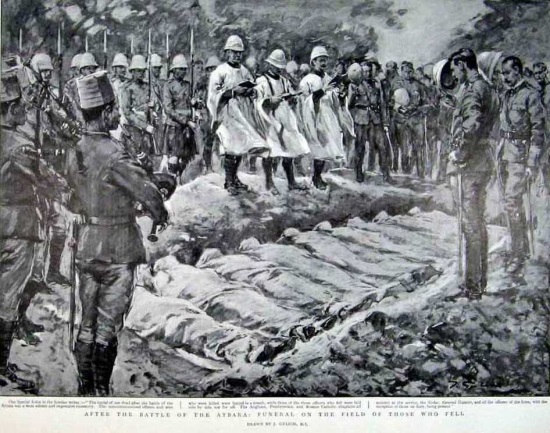 After the Battle of Atbara, Funeral on the Field of those who fell
The Graphic, 14 May 1898 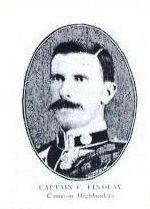 It is brass. The form is of a gothic arched window. Approximately 60cm high. It is hung adjacent to the main wooden WM on the left interior wall of the church.

The upper part of the arch has various insignia and decorations. A central crown with thistle leaves below. rossed flags on standards. One is a Union Jack. The other is the Kings Colours of Queens Own Cameron Highlanders. A Sphinx with the word EGYPT below the flags. This was a battle honour for the regiment.

The font is gothic in black with certain words or initials picked out in red. The Findlay Coat of Arms with the motto Fortis in Arduis, is at the top left.

Sacred to the Memory of
CHARLES FINDLAY
Captain in the First Battalion,
Queen's Own Cameron Highlanders [79th Regt]
And third surviving son of the late
CHARLES BANNATYNE FINDLAY OF BOTURICH,
Born 28th July 1864,
Killed in Action on Good Friday 8th April 1898,
While gallantly leading his men over the dervish
Entrenchments at the Battle of the ATBARA.

He joined the Regiment in March 1884, served throughout the
Nile Campaign, 1884-85 [for which he received the Medal with
Clasp and the Khedive's star] with the Soudan Frontier
Field Force 1889, and in the Soudan Campaign 1898.

At the storming of the Dervish entrenched Camp on the Atbara, the
Camerons in line led the attack of the British Brigade, and to Captain
Findlay's Company was assigned the duty of tearing a gap in the
Zareba, this was carried out under a deadly fire from an inner
stockade and numerous trenches. Captain Findlay was one of
the first to reach the stockade where he fell mortally wounded.

This Tablet is erected to his memory by the Congregation of
St. Augustine's Church of which he was a member, and by other
friends, to record their appreciation of his upright and manly character,
and of his dedication to duty both in life and death.

"Whatsoever thy hand findeth to do, do it with thy might" Eccles IX. 10.

The photographs aren't terribly professional, but I do appreciate from personal experience just how difficult it is to capture brass plaques satisfactorily in situ indoors. I wouldn't do nearly as well as Alex MacLennan has. 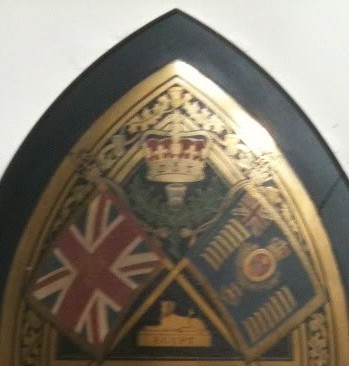 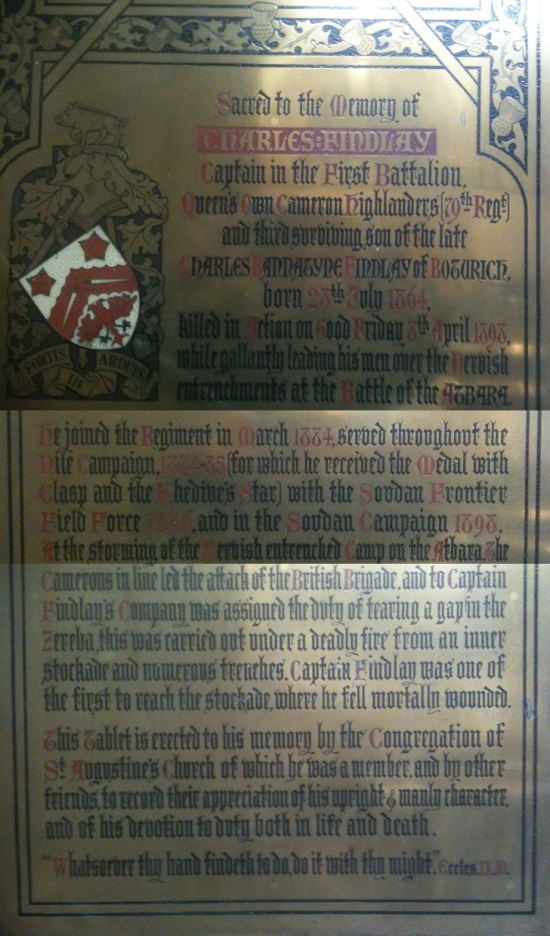 And there, so to speak, the matter rested. Charles Findlay's young wife Lilian, pregnant with their first and only child, was of course grief-stricken, but after a suitable period of mourning, strictly observed in those days, she moved on with her life and remarried a few years later. The Findlay family fortunes waxed and waned (ever so slightly), as entertainingly recounted in the narrative previously referenced. Boturich Castle was sold. Charles Findlay, and his heroic destiny pro patria mori, were inevitably forgotten.

Lt Col R J A Kaulback, or Uncle Bill as many of us preferred to address him, died in 1996. Not only a much-decorated man of action, but also a wise and most erudite savant, he had been deeply interested in military history (as well as his family researches without which much of this website could not have been attempted), and had amassed a considerable library relating to the campaigns of yesteryear. This library, and indeed his desk and study themselves, remained untouched by his widow or younger son during the increasingly Gormenghastly neglect, decline and indeed insanity into which the household thereafter sank.

After their deaths, within weeks of one another, last year (2013), a clearout of Augean proportions had to be undertaken, in which a kindly and longsuffering neighbour, Lt Col Trevor Veitch, was immensely helpful, and indeed it was to Trevor that Uncle Bill's elder son entrusted interim custody of the military material, with carte blanche, needless to say, to peruse anything he found of interest.

And in mid March 2014 Trevor contacted me with a mysterious and intriguing enquiry:

I've been scanning the 3 volumes on the Nile Expedition in 1898, comprising newspaper cuttings, illustrations and many extracts from the diary of Captain Charles Findlay of the 79th Queen's Own Cameron Highlanders. Reference is made to the original diaries, which must exist somewhere, perhaps in the National Army Museum or a Regimental Museum. I'm thinking of searching these areas, particularly as the cuttings look as if they might form part of the hugely important Regimental War Diaries ......

The Imperial War Museum could not take them, saying NAM was the rightful place for them. What interests me is: Is Captain Findlay an ancestor of the Kaulbacks? Who is Lilian McNeill, whose book-plate is shown in each of the volumes?

and in a follow-up:

These are three large leather-bound volumes. There is no mention of the relationship of the author with Findlay, but your response that this is the wife he married a year or so back in Gibraltar fits. Lilian McNeill has extracted and beautifully hand-copied pages of Findlay's diaries, then added extracts from his letters to her (all dated and referenced) together with enormous numbers of newspaper scraps and illustrations. She takes the record past Atbara and Findlay's death to Omdurman.

It must be emphasised that these volumes, though leather-bound, are not in published form – they are scrapbooks, assembled from newspaper cuttings, photographs perhaps, letters, and of course the diary excerpts, beautifully transcribed in longhand. They might not have been heirlooms, but they were certainly invaluable family mementos, and were most unlikely to have found their way into an auction room or the second-hand book market. Given that Bill had in fact no Findlay DNA whatsoever, how on earth had he acquired them?

And who was (or had been) Lilian McNeill?

The first question has only just (Aug 2018) been researched, but it didn't take more than an hour or two of searching on the internet to illuminate the other areas of enquiry:

Kohlrausch, the eminent German physical chemist, remarked of Faraday 'Er riecht die Wahrheit'. And in our modest way, we family chroniclers likewise develop a nose for the elusive reality, the quiddity, that underlies the fragmentary and often deceptive, almost invariably contradictory, documentary evidence that is all we have to go by. But even when we know what we want to prove, we do not deceive ourselves that it necessarily must be so – our noses won't let the rest of us get carried away!

As per our alter ego of Quoodle.