Theodore Dalrymple explains how Britain went down the drain 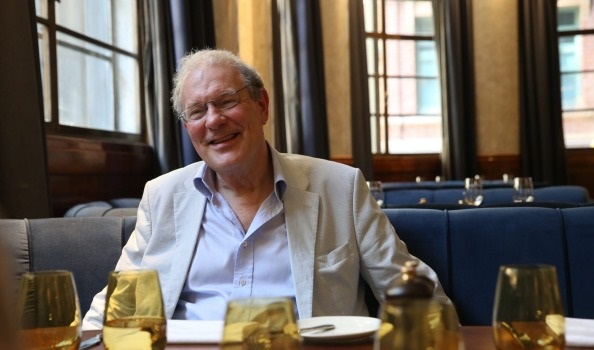 British writer Theodore Dalrymple, who is in Australia as the Centre of Independent Studies 2016 scholar-in-residence, says the intellectual class is to blame for his own country's cultural decline – its members tore down old values like personal responsibility and civility.

He's the psychiatrist who broke a taboo. In 1990, Theodore Dalrymple, prison shrink, slum area hospital doctor, and freshly appointed magazine columnist started telling the awful truth about Britain's poor. Long before motormouth welfare queen Vicky Pollard became the butt of a national joke on the television show Little Britain, Dalrymple was warning of a native underclass utterly impoverished not in money, but in language, ideas and ambition.

His books, essays, and columns for The Spectator, The Times and the New Statesman, have been compared to Orwell in their observations of Britain. But the plight of Orwell's working class, stricken by the Depression and the collapse of employment is moving and dignified in a way that Dalrymple's post-welfare state underclass is definitely not. He shows a new Gin Lane, a Hogarthian horror show of self-destructive behaviour: drink- and drug-addled deadbeat parents, feral children, random violence and chosen idleness. Chaos and ignorance, encouraged by the welfare and education systems, and treated as both normal and unavoidable.

"I didn't start out to write that. I was just describing what I saw. I probably made it less terrible," he recalls as we sit down to lunch at the less fashionable end of Sydney's Pitt Street. "But I saw almost straight away that raw want was not the explanation. It just hit me in the face."

Blame is reserved for the intellectual class that made all this happen. Not through the indifference of the 1930s, but overindulgence. Trendy 1960s social theories have run amok and caused endless harm to the people they are supposed to be helping, he says. Academics, writers, artists and journalists tore down old values like personal responsibility and civility, replaced by ideas that "society is to blame" and a moral relativism that says that nothing is wrong. 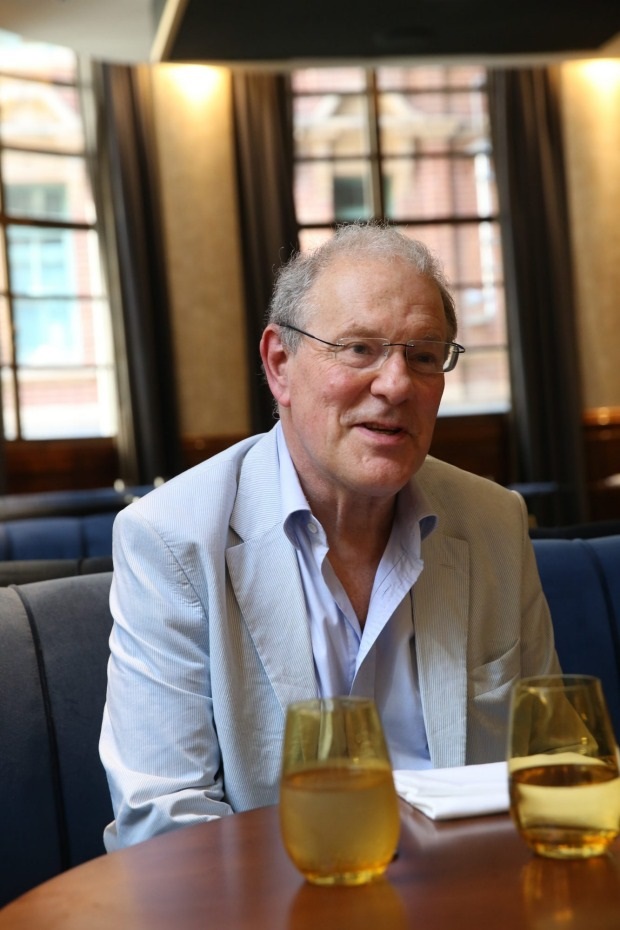 "It has disastrous effects on those worst off," he says, "those least able to withstand the practical results" of that moral anarchy. Zero self-control and zero connection between effort and reward did not make people happy, but left them trapped in "cheerless self-pitying hedonism and the brutality of the dependency culture", he wrote in the book, Life at the Bottom.

The start of the rot

Dalrymple hazards a precise starting date for this: when John Osborne replaced Terence Rattigan as the leading British playwright, he says, and angry young men replaced the stoicism of The Browning Version. It was people who "showed off their cleverness and their virtue" by attacking the status quo. The damage didn't matter, so much as their pet theories. It's the radical vanity I well remember at uni in the 1970s, I say, with intellect equated with contempt for conventional life. It's the same in art, he adds, where you have to be transgressive just for the sake of it.

Dalrymple is in Australia as the Centre of Independent Studies 2016 scholar-in-residence, and will also be lecturing on "Is Society Broken?" at the Sydney Opera House on April 18, and in Melbourne on April 21. Where Britain leads, he thinks, others – notably France – are only a few decades behind.

His prose uses adjectives as percussion to beat in the message. Militant philistinism, aggressive incivility. Some newspaper columnists are their writing made flesh. Dalrymple is not. In person he has an impish smile, and an animated laugh at his more outrageous suggestions. His voice is reassuringly doctorly. If you were a terrified newcomer in the prison system, you would be glad to see him. We order. Sashimi to start, then gnocchi for him and salmon for me. No wine.

So how did a population that is now wealthier than ever become the world champions ..."of such decay"? he says, finishing my question. Did Britain's old respectable working class, such keen self-improvers, just improve themselves out of existence and leave only a lumpenproletariat behind?

"Except now they are all the lumpenproletariat," he says with a straight face. He does not actually like the idea of some isolated underclass, when their vulgarity has become the ideology of the nation.

Having trickled down from the top, moral licence has now percolated up again from the bottom. Its tidemark, for Dalrymple, is tattoos. The middle classes began tattooing themselves out of empathy, he once thought, with marginal people like criminals or bikers.

"But unfortunately, when you imitate something, the role becomes the reality." Mass drunkenness and mass vulgarity is now routine across British society. In the 1960s, stung by criticism it was too middle class, the BBC hired Jimmy Savile, he says. Decades before Savile's sexual predation was revealed, "he was the start of an evangelical vulgarisation that has proved unstoppable".

It's the biggest case of downward aspiration ever known, he jokes. Why? He's not sure. "Loss of confidence among the middle class – which is quite easy to enter, unlike France which is far more snobbish. And loss of British power and influence in the world. It's catastrophic when that happens." Leaders now follow the led. In France, politicians "pretend to be more cultured than they are'', he says. In Britain, "it's exactly the opposite."

Aren't you just exaggerating something terrible? I ask. The UK is supposed to be a world leader in soft power: influence through culture and image. Or do they have so much vulgarity they can export it? "Well, that is what is happening. Why anyone finds British culture attractive I can't imagine."

Brutish behaviour happens in a brutish aesthetic. He bemoans the destruction of graceful cityscapes by careless civic planners. We are lunching at the Primus Hotel, a newly restored art deco gem with huge red marble columns that a Venetian doge would be happy sitting among. It was once Sydney's water and sewage department: a palace of civic efficiency and pride – precisely the thing that has gone down the drain in Britain, he says.

British urban dwellers, he wrote in his book Our Culture, What's Left of It, are like barbarians camped out in the ruins of an older, superior civilisation they don't understand. You can study them through their litter; there is so much of it, and local councils feel no shame in being unable to control it. That is a deeper corruption of their purpose than in Italy, he thinks, where at least you can pay under the desk and things happen. Litter is dropped everywhere, by everyone, he says: there is no underclass in the Lake District. "You don't have to wait 3000 years for litter to become archaeology before it tells you something," he says. "You can track diet, habits, attitudes, and how people see the world."

"It's a complete loss of interest in the public space", he thinks. Graffiti artists have taken it over, but as expression he says, graffiti is just individualism without any individuality – another modern condition. "People have great difficulty marking themselves out as individuals. I didn't, but then I'm odd." How odd? "Well, from an early age I was contrary. Not in any aggressive or egotistical way. But I was always quite happy that I knew best. It's not true of course, but never I let it destroy the illusion."

What if in a parallel universe Dalrymple too found himself at the bottom of the heap? What would he have done? "I have often thought the worst fate is to be an intelligent and sensitive person born into the British underclass. The social pressure on you to fail is enormous. I remember a girl who wanted to study French but, 'they said I was stupid because I was clever'. Can you imagine growing up in that environment?" He looks sad as he says it.

What's the answer? The real problem is "the modern miracle of British education, in which people come out of school knowing even less than when they went in". When he talked to patients at the hospital where he worked, "you were plumbing the shallows. I couldn't find anything that they knew".

"The problem is the extremely low cultural level in England, at least on a mass scale. They are so degraded culturally they can't even answer the telephone properly."

The difference is, he says, that you could run a hotel in France with French staff. In England, employers would choose a Pole. Their English is more functional and their attitude better. The locals "can't tell the difference between service and servitude, which is a terrible thing in a service economy".

The theme at the bottom of much of Dalrymple's writing is lack of self-restraint, from serial litterers to serial killers. He says that he once signed up as the vulgarity correspondent of the Daily Mail – he smirks at that one – sent on assignment to an England soccer friendly in Italy. A hundred middle-class Englishmen he travelled with routinely hurled abuse at any passing Italian. "I asked one of them, a computer programmer, why he did it. He said, 'you have to let your hair down'. I said, 'well, no, you don't. You should keep it up'. We used to be known for our emotional constipation. Now it's emotional incontinence.

"If you let your hair down often enough, it becomes your character."

He says there is nowadays an odd fear of bottling up emotions. Dalrymple once talked to a man who had just murdered his girlfriend. "He said to me: 'Well, I had to kill her, doctor, or I don't know what I would have done'." We can only laugh at the lack of irony.

Theodore Dalrymple is the pen name of the real Anthony Daniels, who was still working in the health system when he began writing. Why did he become a psychiatrist? "The gossip," replies Daniels. And he liked the idea of working not just with people's physiology, but their lives as well. Is Anthony as angry as Theodore? Both are just disappointed that things are not as good as they could be, he says. "But disappointment is the permanent condition of mankind. Life would be intolerable without it. We would all be so smug." Isn't it just part of a liberal democracy to tolerate difference and to make allowances for some, even if you find them obnoxious? "Well, a society that tolerates everything is rather bad. Shouting, screaming, and intimidation? We are prepared to tolerate public vomiting, but if you use the term 'actress', you are a sexist. A very well-educated lady told me public vomiting is all right: 'They can clear it up.' This is how the elite now thinks. They are so anxious not to seem narrow-minded or bigoted, or of being 'judgmental'. How did that word become a term of abuse?"