'One of Cornwall's most gifted sportsmen'
Nick Barrington dies aged 77 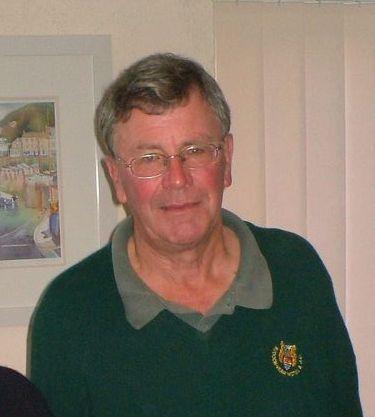 Nick Barrington, who died shortly before Christmas aged 77, was one of Cornwall's most gifted sportsmen who gave 30 years service to Falmouth Cricket Club and inspired his younger brother Jonah to become a world beater at squash, writes Robert Jobson.

A respected solicitor, he rose to become provincial grand master of Cornwall's Freemasons as a member of the St Gluvias Lodge and was a driving force in raising large sums of money for charities and deserving causes.

A descendant of Anglo-Irish gentry, he was born at Stratton in North Cornwall, christened Nicholas John Fitzcharles Cannington Barrington, and brought up at Morwenstow in the far north of the county.

He was sent to school at Headfort in County Meath, Ireland, and Cheltenham College, before training as a solicitor at Bude and moving to Falmouth to work with Ivan Hine, a Cornwall cricketer and squash player, in the mid-1960's.

From an early age he excelled at all sports, first capturing the local headlines as a goalkeeper for Morwenstow Football Club.

But it was on the squash court at Bude that he really sprang to prominence, he and Jonah both going on to play for Cornwall and Ireland.

Legend has it that Jonah became so fed up with Nick beating him at every game that he vowed revenge, dedicated his life to squash and went on to win six British Opens between 1967 and 1973 and become world number one.

Both he and Russell also played hockey for Truro and Cornwall and, in his younger days, Nick played at centre for Falmouth Rugby Club alongside his 'minder' and fellow cricketer Gordon Render.

Falmouth RFC had a somewhat rumbustious reputation in the 1960's. Nick's skills as a newly-qualified solicitor were to prove invaluable to some of his team mates.

Although in retirement he was much in evidence on the golf courses at Falmouth, Budock Vean and Perranporth, his main summer occupation was playing cricket for Falmouth and the Cornish Choughs and being a highly successful captain.

Although a capable batsman who contributed many crucial innings, his prime attributes were his shrewd leadership, encouragement of young players and skilled handling of his two star bowlers, Ricky Perry and David Toseland, who worked in Nick's legal firm.

Nick led Falmouth to three county titles in the 1980's, on each occasion defeating Callington in the end of season play-off between's Cornwall's western and eastern champions. In another final Callington defeated Falmouth by three runs.

He was married to wife Jane for 51 years. She too excelled at squash and golf and, unlike Jonah, had no difficulty in defeating Nick on the golf course.

They lived in retirement at Ponsanooth. His funeral service took place at a packed St Piran's Church, Perranarworthal.