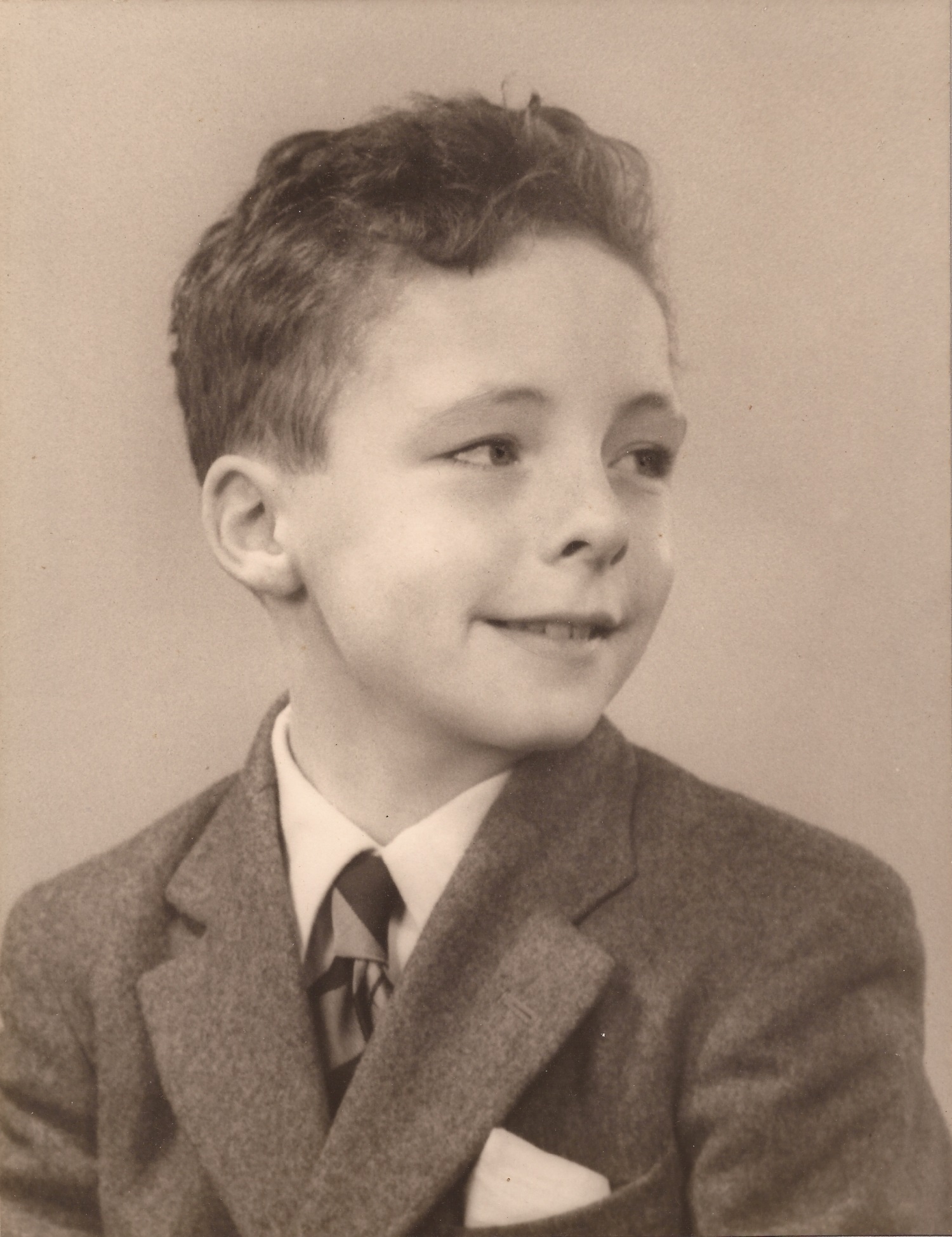 Click here for youthful pictures of Bryan and Peter from Audrey's scrapbook.

As is generally the case with non-identical twins, the first to emerge, and therefore the officially elder of the two, is in fact the later-conceived and therefore has had a briefer gestation; it is in fact a month premature, and has a lot to catch up on.

Ron used to aver that Bryan had been the love-child of the Bishop of Cork, and Bryan was indeed a dreamy child, prone to episodes of Petit Mal, from which he couldn’t readily be awoken.

But he was a nice, good-looking lad, and keen on girls – Mary Coakley, lynchpin of the Ardnagashel staff, would cover for him when he trysted with his latest loves instead of helping in the hotel!

At the age of 17 however, it was decided that Bryan should be sent out to Kenya, to work on the farm of Alan Douglas-Dufresne, the son of Ron’s great friend Erik from university days. But Bryan didn’t enjoy the outdoor life that this entailed, and after a short while he went walkabout, being eventually discovered playing the bongo drums in a Nairobi night-club.

So back he came (Sonia and I meeting him at Victoria Coach Station), and was firmly nudged towards learning the intricacies of the hotel business as a livelihood. In the course of this, however, he met a delightful Spanish girl, with whom he moved to Spain. There they married and begat an awesome new branch of the Kaulback family in Galicia!