Sometime during late 1903, at the evident request of the Russian Tsar or his younger sister, Kaulbach must have journeyed to St Petersburg, or possibly nearby Tsarskoye Selo, or in actual fact Skierniewice, where he produced some very attractive studies of the Romanov ruling family, presumably as preliminaries to a full set of family portraits.

Of such possible portraits, only one, that of the Tsarina (earlier depicted), is to be found on the internet. Perhaps the humiliating Russian defeat by Japan in the war of 1904-05, and the so-called February Revolution in early 1905, distracted the Tsar, or Kaulbach himself, from completing this quite major artistic commission. 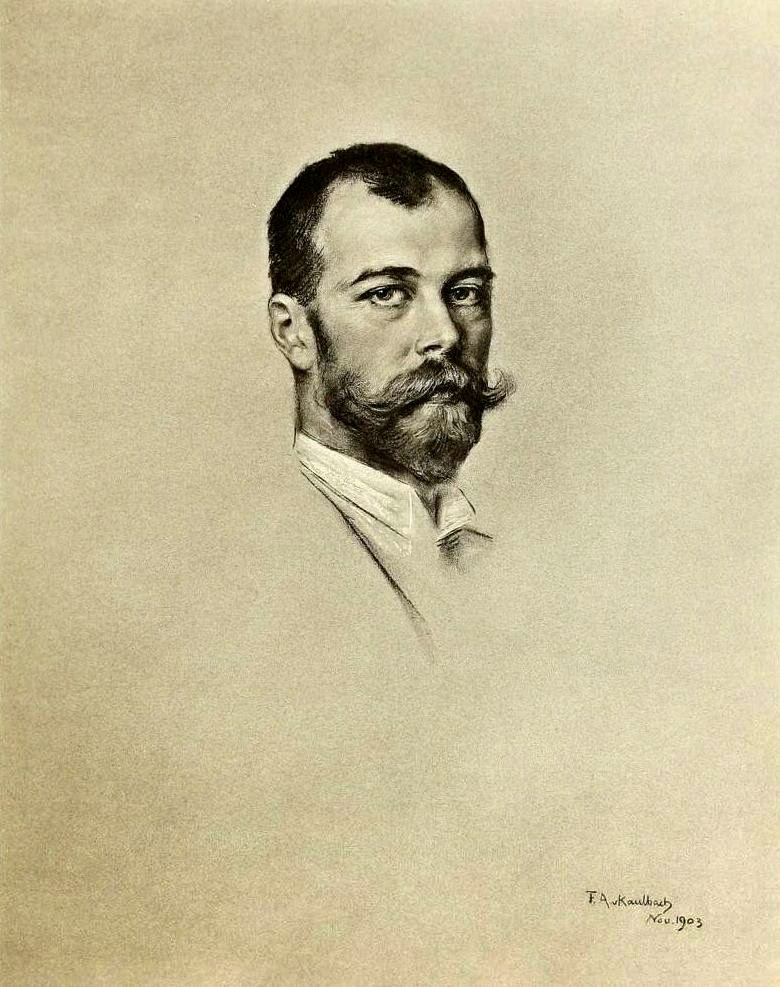 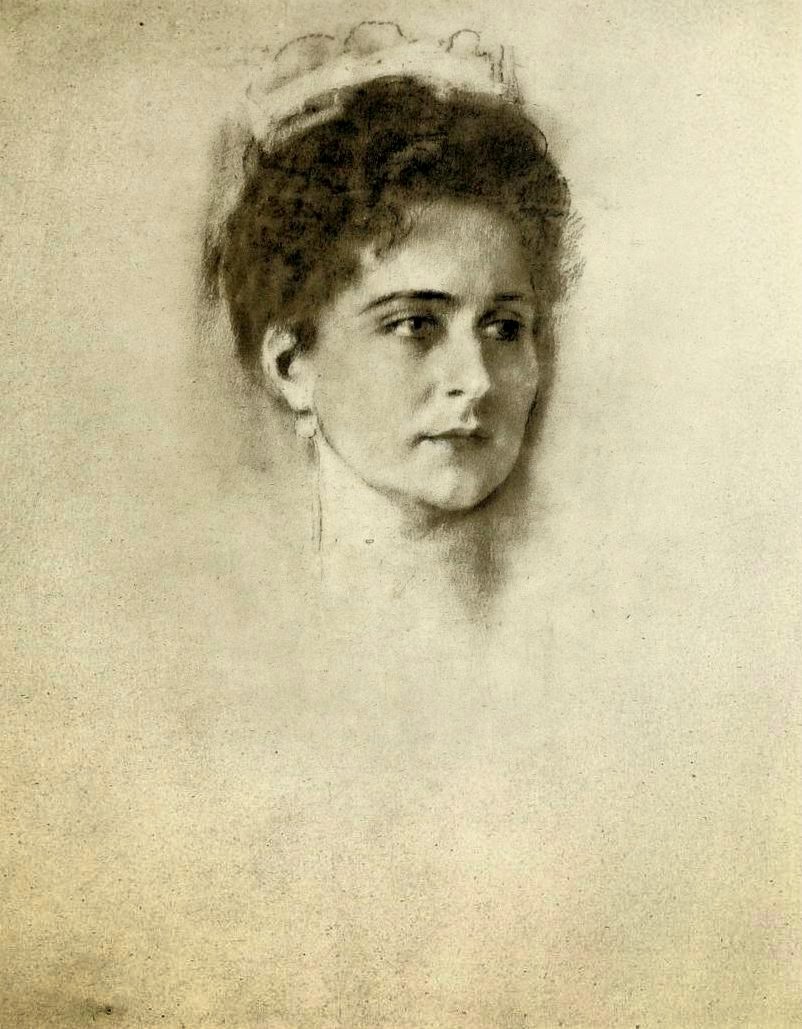 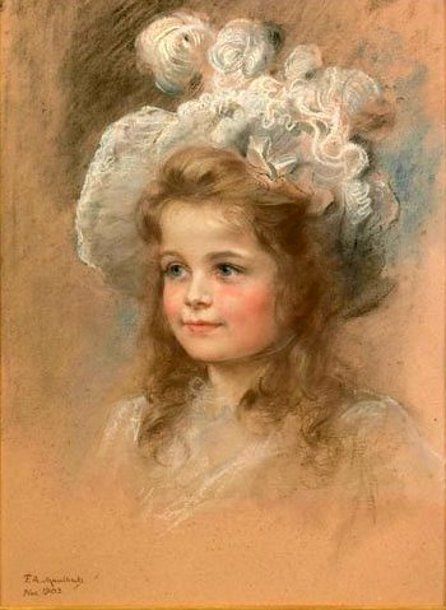 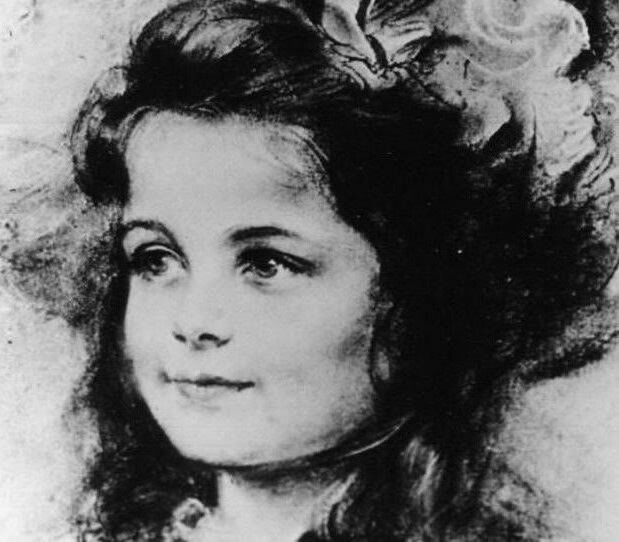 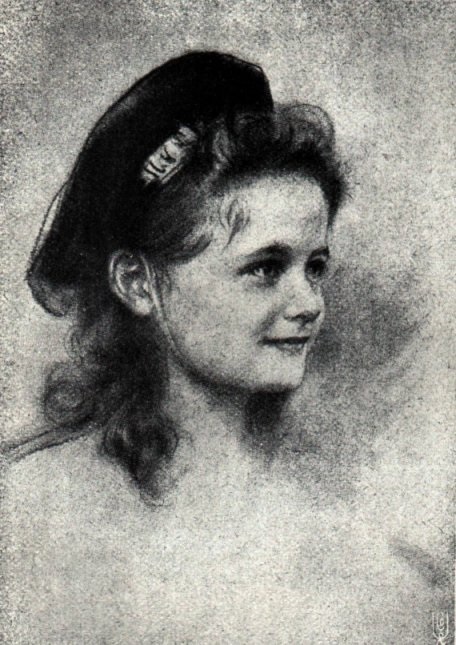 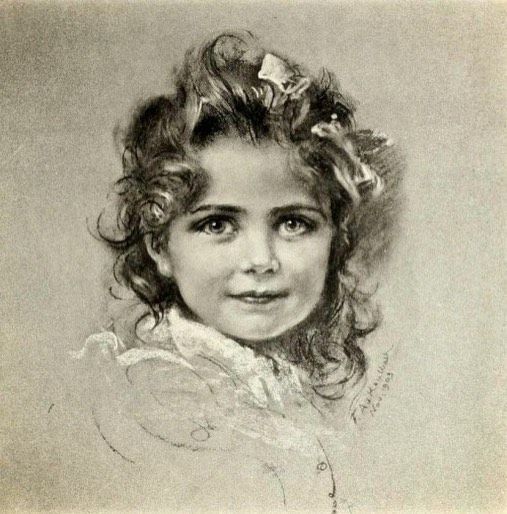 I'm very happy for these four attributions to be corrected, but children at that early age do tend to look remarkably similar. I've stuck with what the internet consensus seems to be.

All six of the family were murdered, with almost unbelievable barbarity, brutal savagery and indeed incompetence, by the Bolsheviks on 17 Jul 1918.

A case could perhaps be made for the execution of the Tsar, a failed autocrat in the same mould as Charles I of England and Louis XVI of France.

And perhaps autocrats' wives such as Marie Antoinette of France, or Elena Ceauşescu of Romania, if they were seen to have been in cahoots with their husbands.

But not their children, for goodness' sake.

Sadly, the Bolshevik tradition of brutality conceived in Ekaterinberg has lived on in Moscow ever since (with just one exceptional period of rule by the remarkable Mikhail Gorbachev, without doubt the most admired and respected world statesman of the twentieth century, and twenty-first so far).