The mysterious death of King Ludwig II of Bavaria 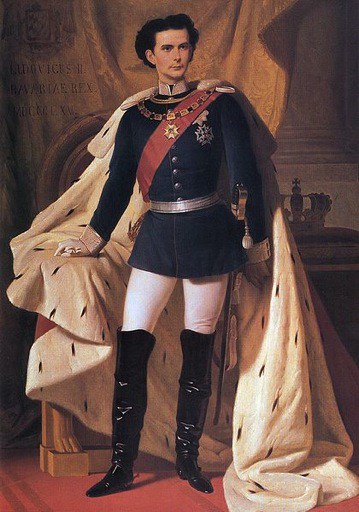 Hermann von Kaulbach (26 Jul 1846 - 9 Dec 1909), the son of Wilhelm von Kaulbach (renowned for his depictions of death, destruction and madness) was a close contemporary of Ludwig. 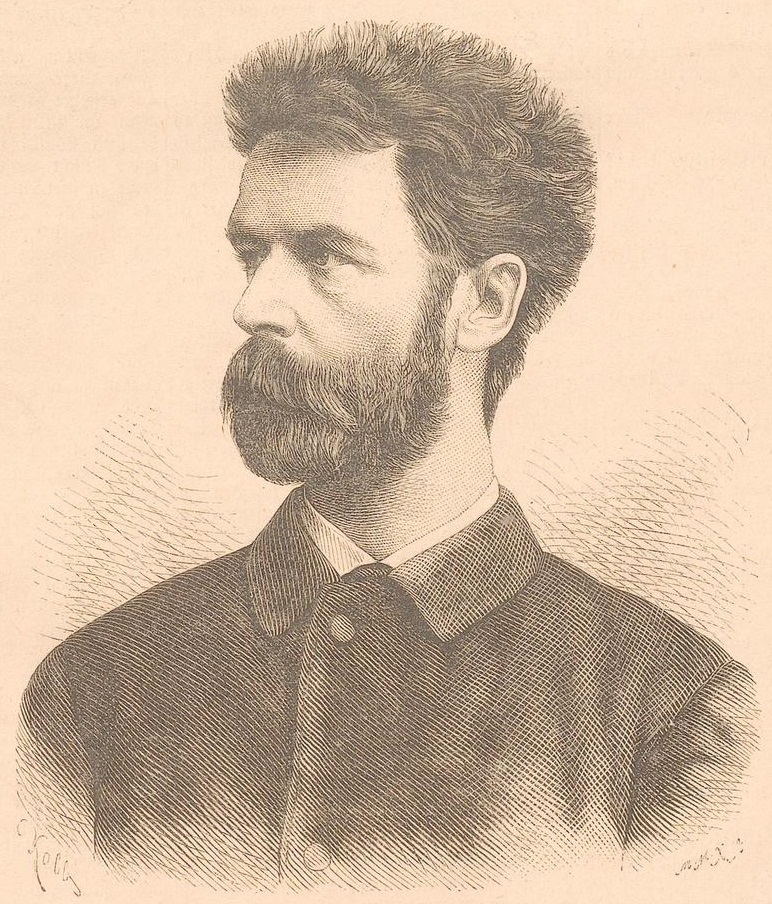 In contrast to his father, we see a soberly dressed, clean-living, almost ascetic, young chap, not over-talented artistically, who eventually made a worthy name for himself by his portraits of children and idealised childhood, quite hard to reconcile with the part he (is said to have) played in the last moments of the second most famous royal suicide-cum-murder-mystery of the late nineteenth century.

There are of course numerous internet links to a diversity of websites, most of them sensationalist, about the eccentric and flamboyant (there's a coded journalistic give-away) King Ludwig II of Bavaria in the days when Otto von Bismarck was busy uniting, by fair means or foul, the various German kingdoms, principalities, marquessates etc into a coherent empire ruled by the Prussian Kaiser, a shop-soiled second-hand Augustus.

Actually I admire Ludwig. The Wittelsbach family from which he sprang were mind-bogglingly bonkers, and so was he (though far less so than his brother Otto), but he used his personal wealth, imagination and vision to recreate an idealistic entanglement of mediaeval legend and Wagnerian romanticism, embodied architecturally by the castles that he built (which are Bavaria's leading tourist attractions to this day). I have subscribed to a similar ideal ever since reading G K's The Napoleon of Notting Hill way back in the mid 1960's, and succumbing visually to the Pre-Raphaelites. Colourful pageantry and theatrical make-believe and artistry enrich and ennoble the human spirit. Drab neo-Soviet Corbynistic puritanism drains us of the will to live.

But Ludwig's bureaucrats thought he was needlessly extravagant, and conspired to have him replaced by a prosaic uncle. That is where this tragedy, and the connection with Hermann Kaulbach, begins.

If you'd like to see a recording of a fascinating TV docudrama1,  2 (which I saw live on the Yesterday channel in about 2013), sign-up to the uktvplay service (free), log-in and select the following replay:

But from either of these, better or worse, one can get a gist of the allegations, the incarceration in Castle Bern, the nightmarish deaths at the edge of Lake Sternberg, the subsequent official obfuscations and a rather extraordinary eventual gegenteilige Erklärung.

But first a very brief potted biography, a few family photographs, and an introductory mention of some of the protagonists in the narrative. 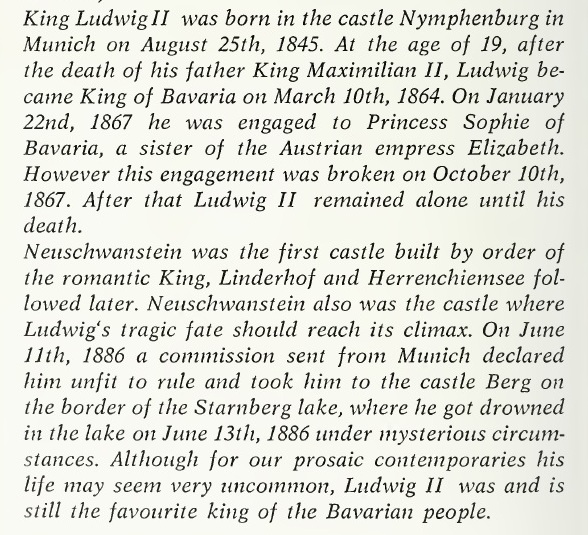 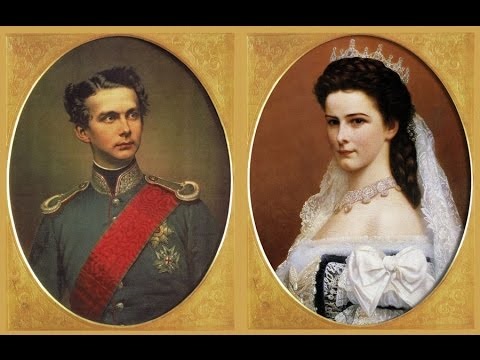 Thereafter he always regarded his younger brother Otto as the heir apparent to the Bavarian throne. Of course he may well have been homosexual, as was widely insinuated, but was quite possibly just not the marrying kind. 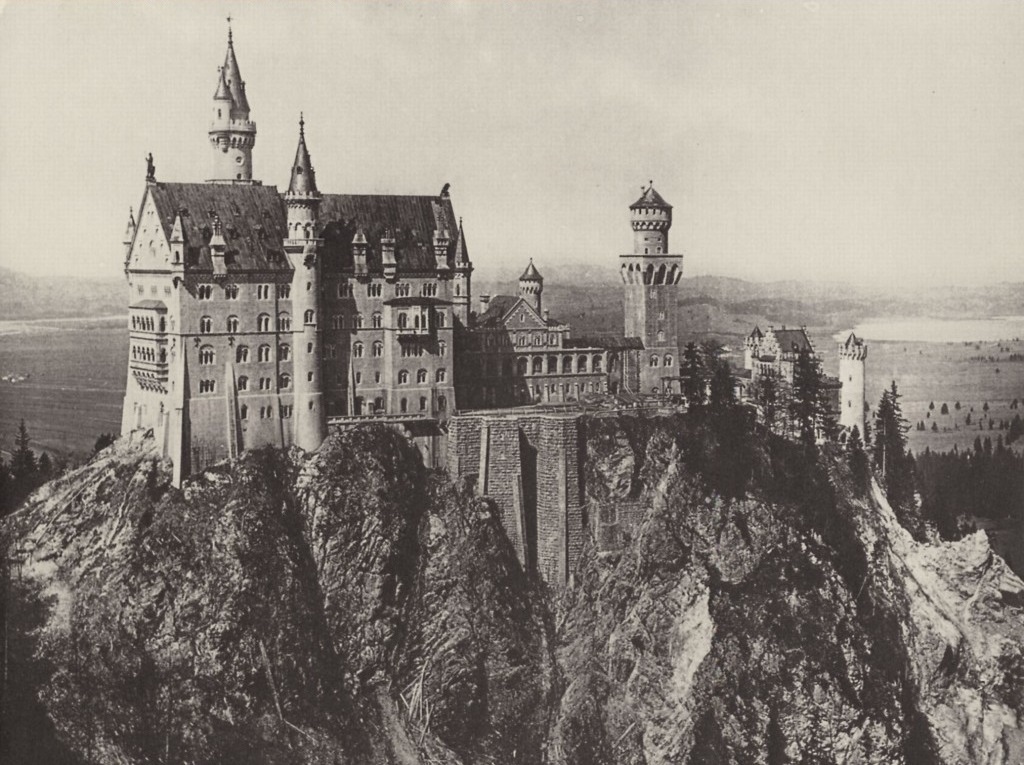 Neuschwanstein castle as Ludwig knew it 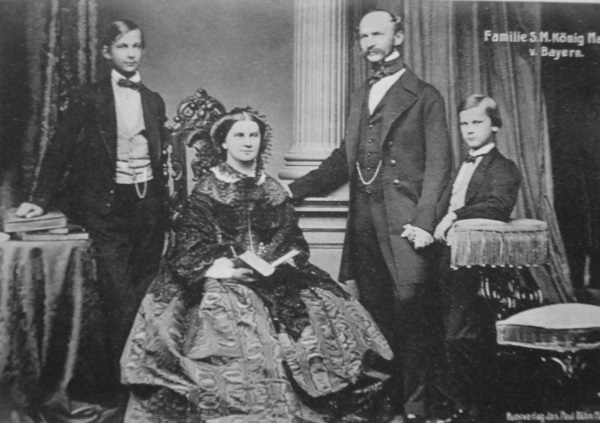 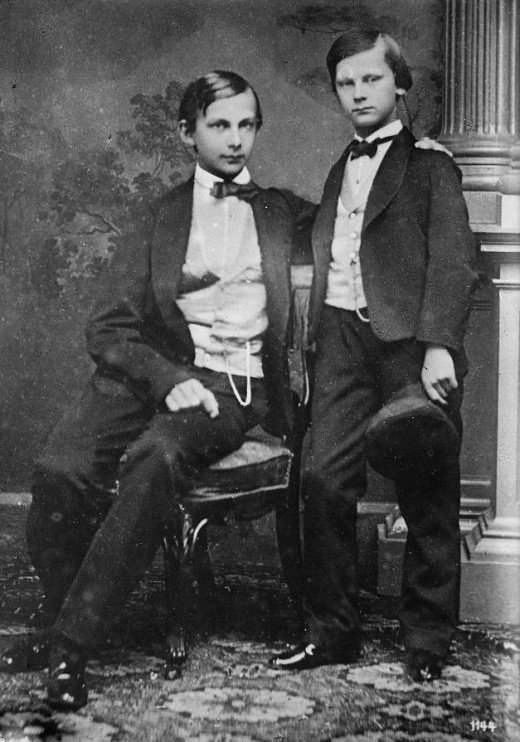 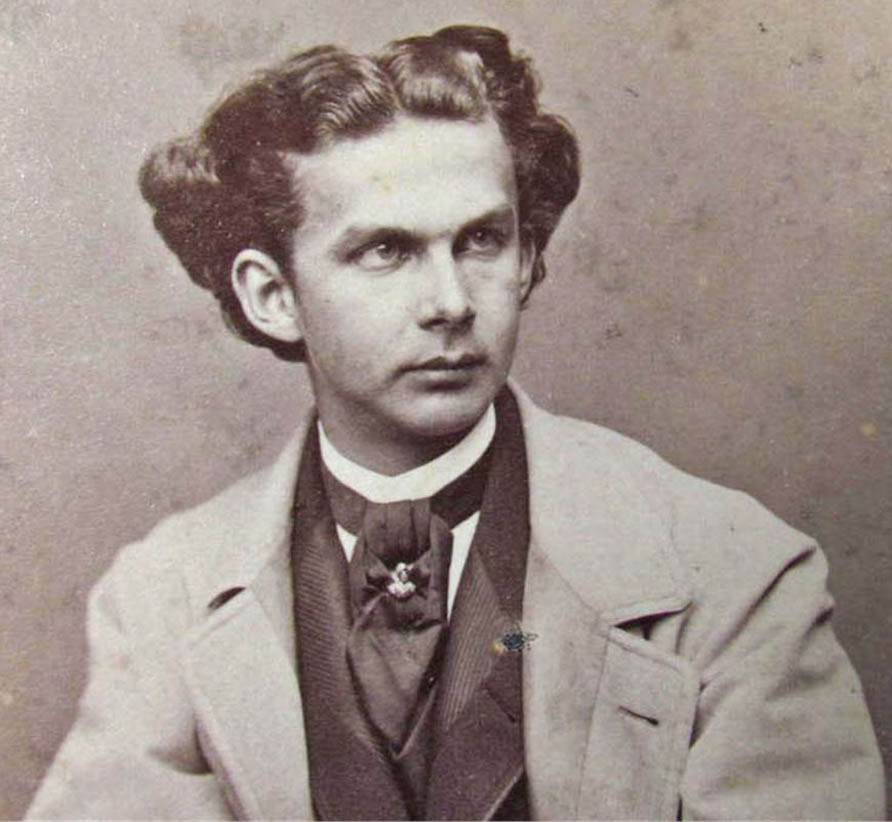 The young king, looking not unlike the tennis player Rafael Nadal 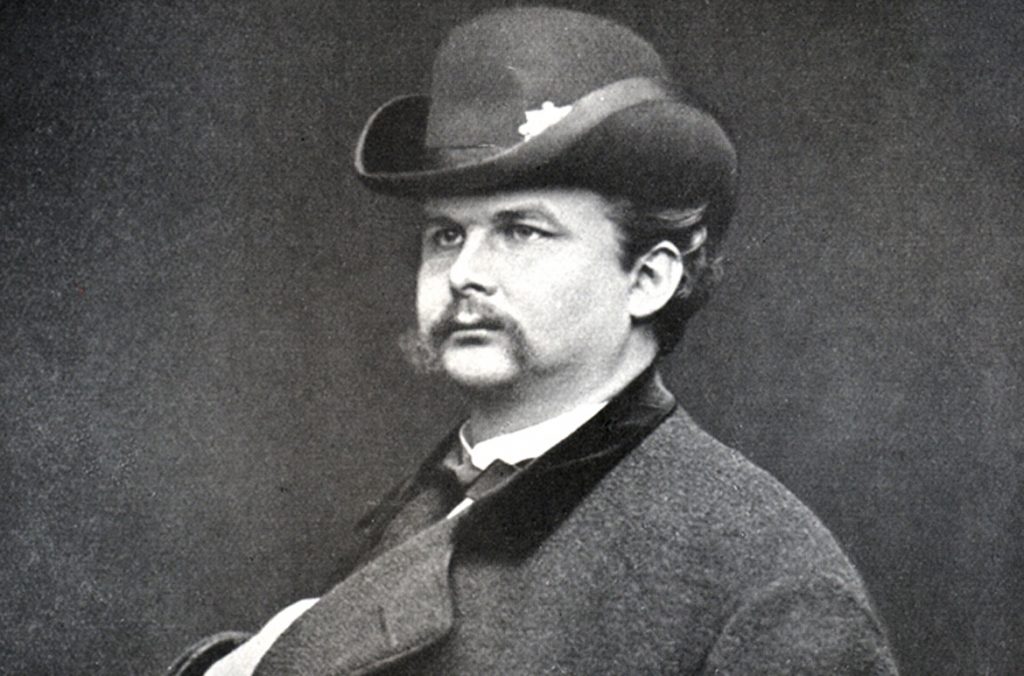 Early middle-age, apparently the essence of normality and respectability

He was, however, becoming corpulent and was rapidly losing all his teeth – the Spinners of Fate had certainly not reserved him much thread in any event.

The controversial sketch, allegedly made by Hermann Kaulbach 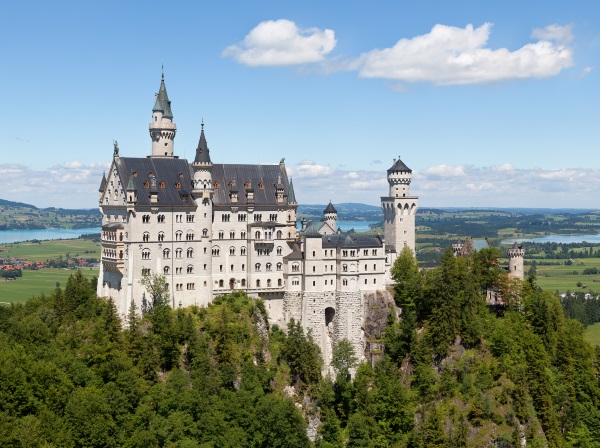 I'm not trying to advance any one theory over another as to what happened, and why, on that dark and stormy night. But naturally I'm intrigued by a moderately plausible assertion that the respected Bavarian artist Hermann Kaulbach was not only a witness to its immediate aftermath, but left indirect pictorial evidence as to what he thought had happened. Nasty things could happen to people who openly contradicted the imperial German authorities in those days.

And the more I learn about Ludwig II the more I like and sympathise with him, he's not the only one of us who has had psychological and neuroanatomical problems.

Other individuals often mentioned in this same context were

Click here to read one of the most measured and dispassionate accounts (that I've encountered) of all the factors that were at work in that typically Wagnerian hellbrew, and you might even start to detect the previously unsuspected, that it could have been a political assassination authorised by Bismarck himself, to eliminate a troublesome regional maverick, though the authors don't explicitly point their collective forefinger.

But for full-on up-to-date engagement with all the issues, this next one is, currently at least, unsurpassable