The Wittelsbach Kings of Bavaria

The Wittelsbach monarchs had a reputation for bizarre behaviour, but only three of them seriously transcended normal social boundaries, and the remainder (one a regent rather than monarch) were notably acceptable and successful heads of state. At the end of the Great War, all Germanic monarchies were abolished anyway, which may not have been a very good idea (except for the unspeakable Kaiser Wilhelm II).

Those three exceptions (Ludwig I, Ludwig II and Otto), are also the subject of enjoyably scurrilous potted biographies by Karl Shaw. Even the House of Windsor is positively humdrum in comparison! 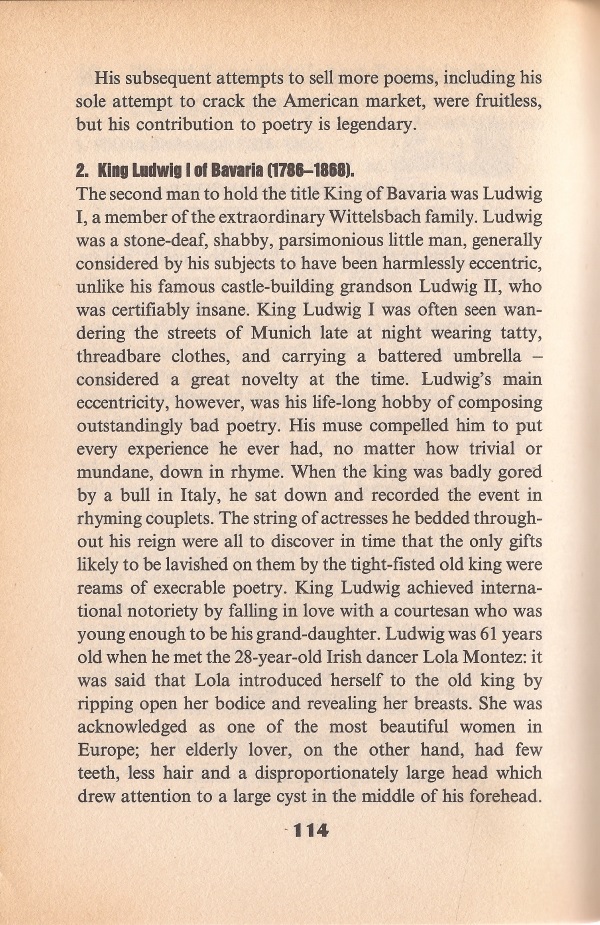 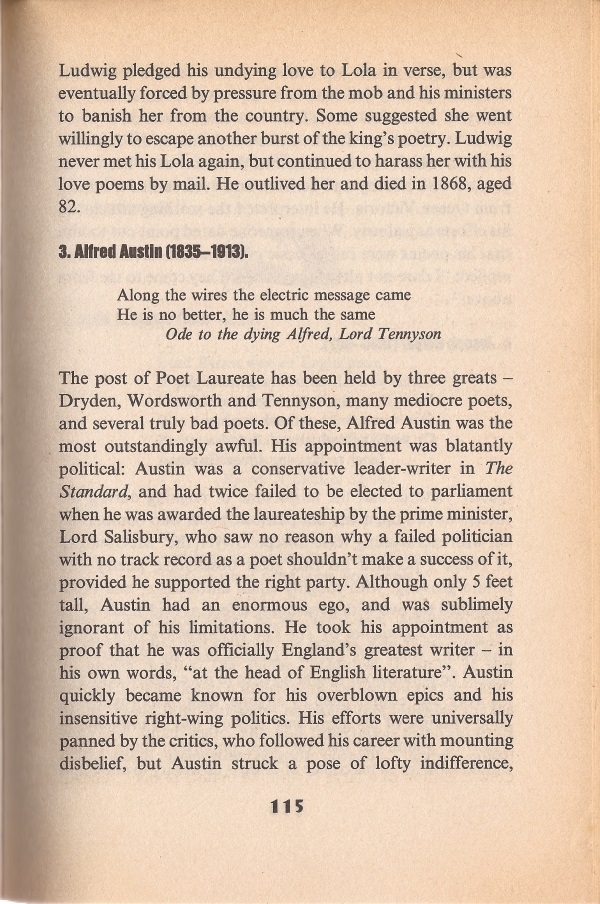 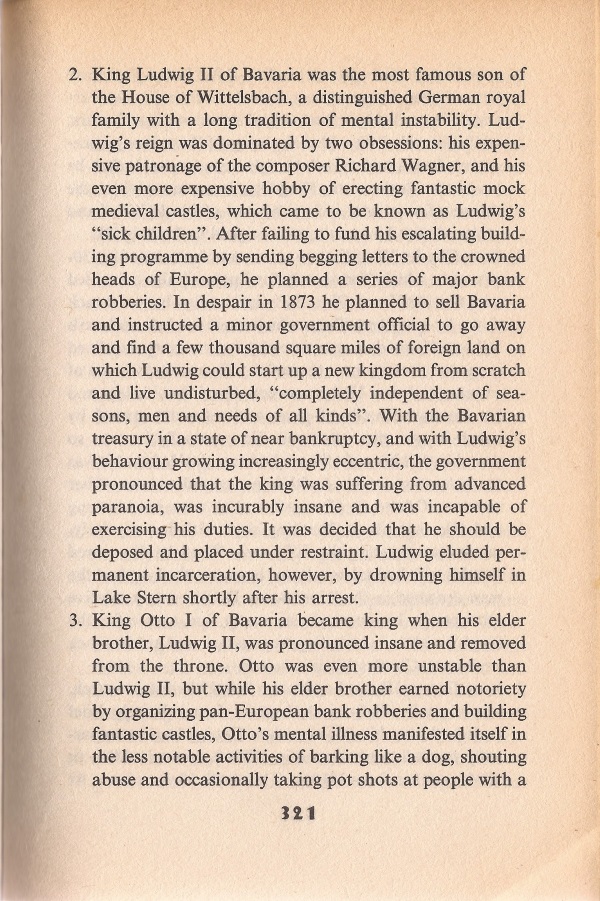 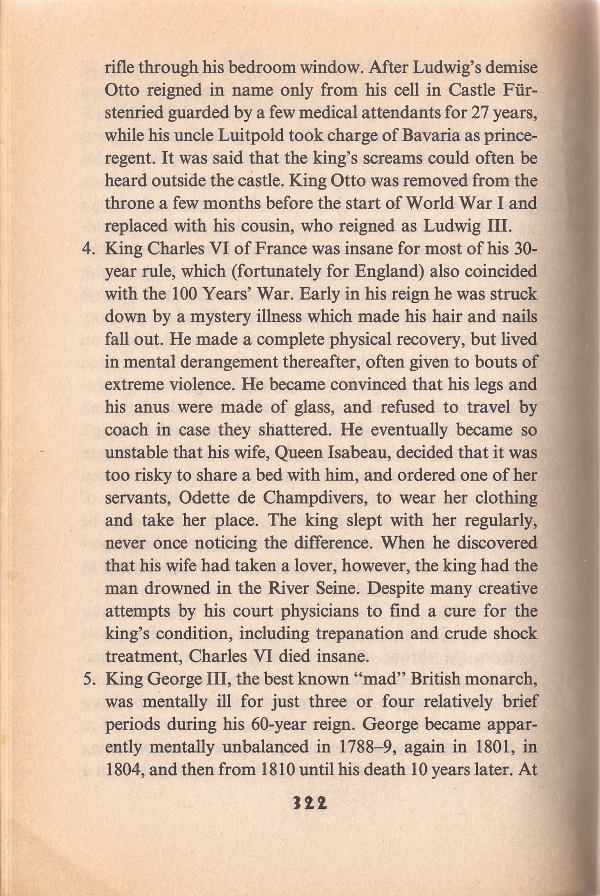 The more extensive account in one of his later publications is even more colourful and indeed bawdy: