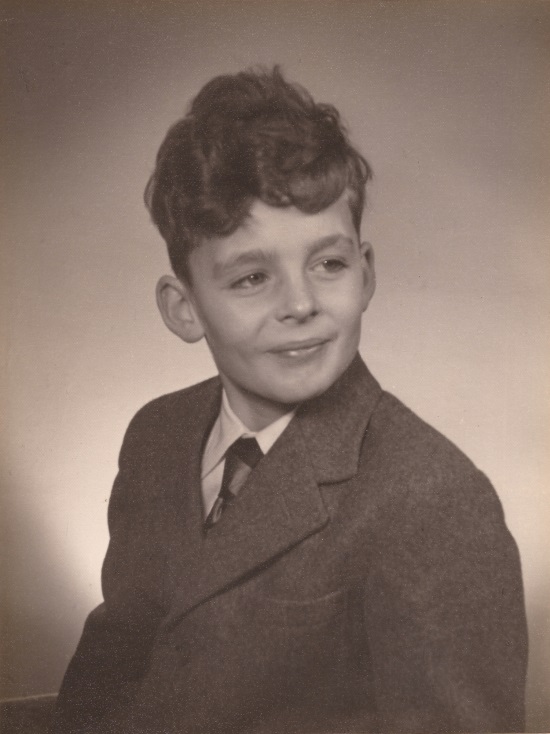 Click here for teens and early twenties pictures of Peter from Audrey's scrapbook.

Blessed with exuberant good looks and personality, energetic, savvy and sporty, what was not to like and admire? Naturally enough, Peter was the apple of the paternal eye ... 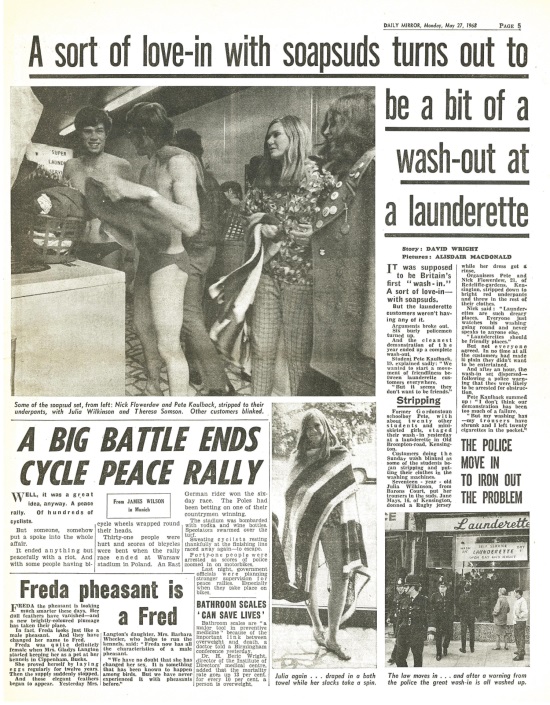 ... but Ron was seriously enraged by this escapade and could not be placated for quite some time, until somebody pointed out that it was exactly the sort of thing he himself would have done at that age.

Another of Peter's boyish larks, which didn't reach the parental ears, was to get himself arrested for climbing across an overhead gantry (doubtless spanning some evil-smelling stretch of disused waterway) after a convivial Saturday evening at the Prospect of Whitby, a very popular pub in London's docklands of those days. In merry mood, he and my brother Simon decided that this was the best and quickest way to the nearest tube-station. But a passing policeman thought otherwise and hauled them off down to the nick, where they were charged with trespass and accommodated overnight at the taxpayers' expense. My father had been alerted to this development, and when they were brought before the beak at the Magistrates Court the next day, up he popped in best Perry Mason style, raising objections and points of law until the magistrate lost the will to live and discharged them absolutely.

Since the long-gone days of family bibles, in the front of which such details used to be inscribed in copperplate longhand, few families, if any, can claim to have kept a precise record of all the milestones in the life of each family member. Certainly not mine!

Dates of birth, marriage and death would be perhaps be remembered, for the closest relatives, other events such as starting or leaving school being assumed to follow the normal pattern – starting primary school at 5, secondary school at 11, or public school at 13, then leaving for the world of work or tertiary education at 16 or 18, having tackled O-levels or A-levels along the way. No need to take notes.

But things frequently don't go exactly by the book, and so the would-be chronicler has to fumble their way through, fudging and adjusting until everything seems to fit, more or less.

Cutting to the chase, one has to assume that Peter left his prep school, St Ronans, at the end of summer (Trinity) term in 1961, and started at Gordonstoun1,  2 at the beginning of autumn (Michaelmas) term that year. 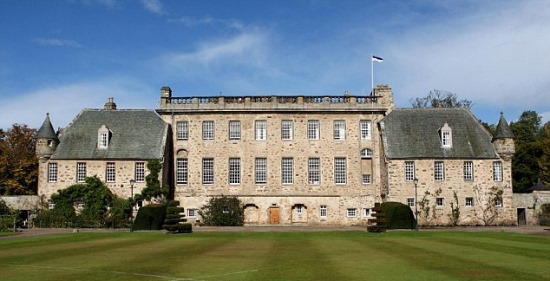 He seems to have enjoyed his time there, unlike his close contemporary Prince Charles, who was given a very rough ride. Peter, however, was an excellent athlete and rugby player (picking up a back injury that troubled him for years afterwards, however), and was unlikely to have been bullied. He was intelligent and diligent, and did well enough at his subjects, though not perhaps a star pupil. He stayed on for A-levels, and would probably have left at the end of summer term in 1966, having also achieved a gold medal in the Duke of Edinburgh award scheme – one of his accomplishments in which was the painstaking reassembly of a seagull skeleton from the bare bones, a skill invaluable in later life. 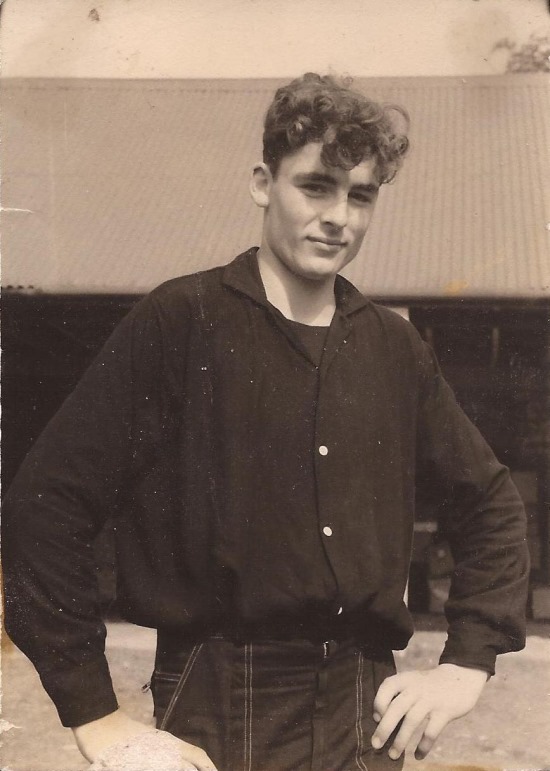 (It's noteworthy that when Prince Charles and Princess Diana visited Eastern Canada in June 1983, HRH asked the organisers to contact Peter (and wife Liz), by then living in Ottawa, and arrange a pleasant get-together to talk about old times at "Colditz in kilts".).

Peter didn't go straight on to university, and decided to become a trainee with Mitchell & Son, the long established wine and spirits merchants in Dublin (still going strong today, currently run by the 6th and 7th generations of the Mitchell family). It certainly didn't do any harm that Ron was great friends with Bobbie Mitchell, buying much of his wines and spirits for Ardnagashel from him, and Peter was doubtless given a warm welcome. He lodged with a Mrs Ball, of Ballsbridge (or Pons Testiculorum, as the local wags referred to it), and made good progress in learning the intricacies of the wine trade.

As his elder sister, Sonia flew over to Dublin to keep him company one weekend, and hired a car to explore the neighbouring Wicklow mountains. True to form, as Peter must have remembered from his prep schooldays, they ran out of petrol on a bleak and lonely stretch of road. After a good while, a car arrived, stopped, and the driver not only produced a length of rubber tubing but also proceeded to siphon a goodly measure of petrol from his tank to theirs. Refolding his angelic wings, he climbed into his car again and drove off benignly.

After about a year (nobody can now remember – though he certainly spent several months training in Bordeaux, living en famille with the owners of the estate), he became restless, deciding that he needed to seek wider horizons, and so, doubtless with the utmost courtesy, he left Mitchells and went on his way – spending the summer (Sonia thinks it might have been considerably longer) selling shirts from the back of a Volkswagen van at open-air markets around Germany. Why shirts, why Germany? Who knows!

Somehow or another, he then got a job as a roustabout on a North Sea oil rig, and worked a regular tour of duty out on the rig, weeks at a time, coming ashore via helicopter to Great Yarmouth for a few days leave in between.

Sonia and I were at that time (1968/70) renting a small flat in Norwich (453B Earlham Road, 4 guineas a week, with garage and large garden, those were the days), and both working at the University of East Anglia. For Peter, it was ideally situated as a staging post en route to the bright lights of London and back, and he stopped off regularly for the better part of a year, I think. Roustabouting was very challenging, both physically and mentally, demanding strength, speed and teamwork. He performed exceptionally well, and was promoted to the position of roughneck, like a roustabout in many respects but more technical and individually responsible. He also took a course in deep-sea (ie helmet and air-hose) diving, in the North Sea, possibly one of the most hazardous activities in one of the most dangerous environments on earth. And very highly paid, but I think he did the course for the experience, not as a new job opportunity.

As with Mitchells, he could have stayed on and worked up to the executive end of the ladder, but once again he looked for still wider horizons. Where could they possibly be wider than in Saskatchewan, the Canadian heartland? So in 1970 he emigrated to Saskatoon. He had also decided that it was time to further his formal education, and he promptly signed up for a degree course at the University of Saskatchewan.

I think the course-title was Environmental Engineering, or something very similar, and I imagine it extended over 4 years as customary in Canada and the USA. Certainly the university records show that he graduated BSc in 1974, and Cert/Sc in 1975. As a recent arrival he had no financial assistance from the state, and no parental input, so he paid his way through college from his savings and a part-time job washing dishes at a local restaurant.

That's really the limit of what I can recount – we must leave Peter on the brink of a highly successful career, but maybe his family could take the story up from here.

But meanwhile a brief sequence of photographs from Ireland, England and Canada that have survived the meltdown of time. I'm sure I have more, but can't locate them just yet ... 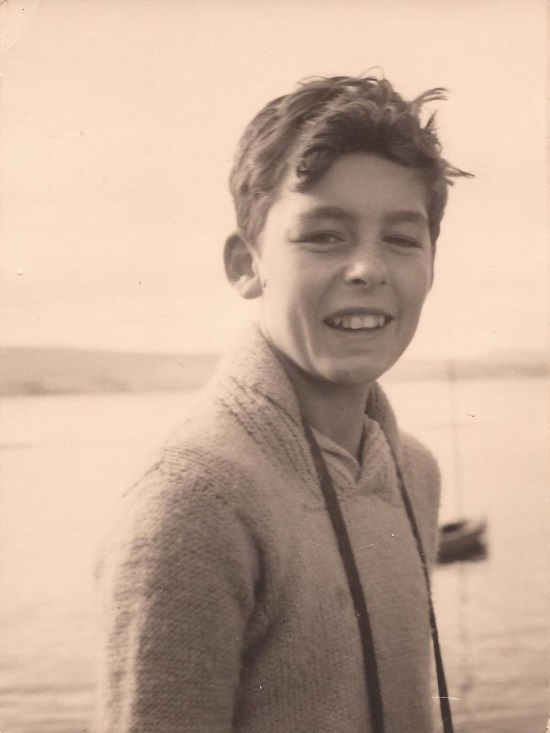 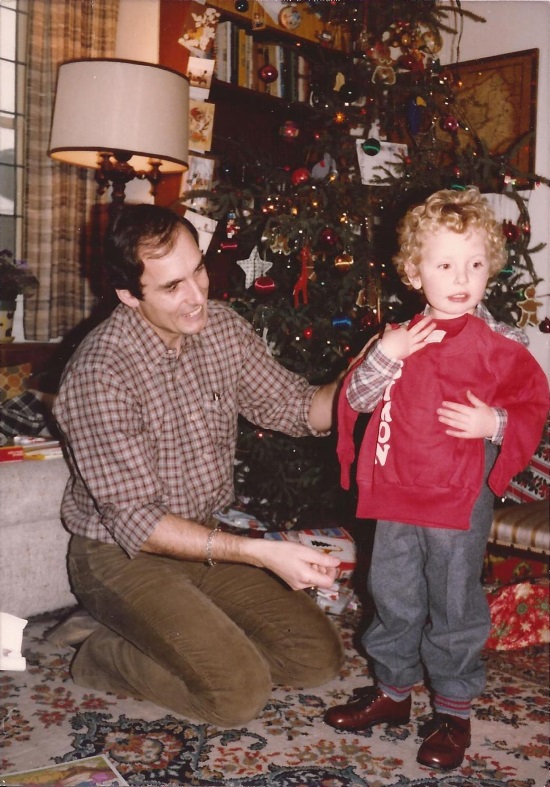 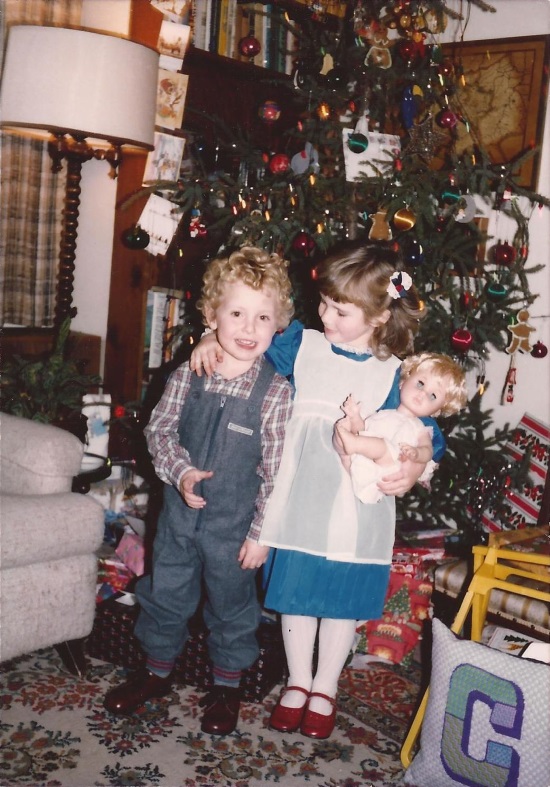 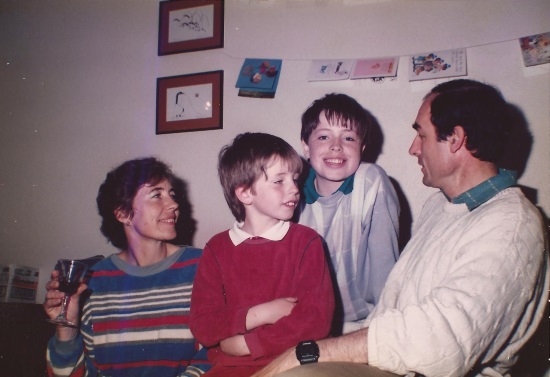 KAULBACK, Peter John. Tragically on Friday, January 2, 2004, Peter John Kaulback, cherished husband of Elizabeth (nee Scopes), loving and much loved father of Caroline, Simon and Marcus. Survived by his twin brother Bryan in Spain and his two sisters, Sonia and Susan in England. President of the Ottawa Senators Rugby Club and the British Caribbean Philatelic Study Group, Peter's dedication and enthusiasm will be greatly missed by all who knew him. A loyal friend to so many and a loving companion to his dog Saffron.

A funeral service of Thanksgiving will be held on Saturday, January 10, 2004 at 3:00 p.m. at St. Matthias Anglican Church, Parkdale Avenue and the Queensway. No flowers please. Peter would have appreciated that donations be made to the Salvation Army. God Bless, Pete.