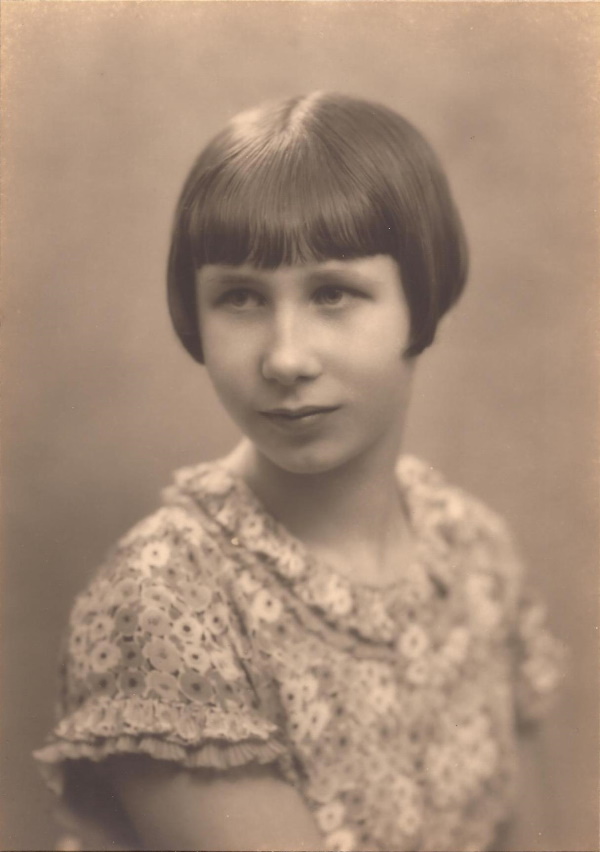 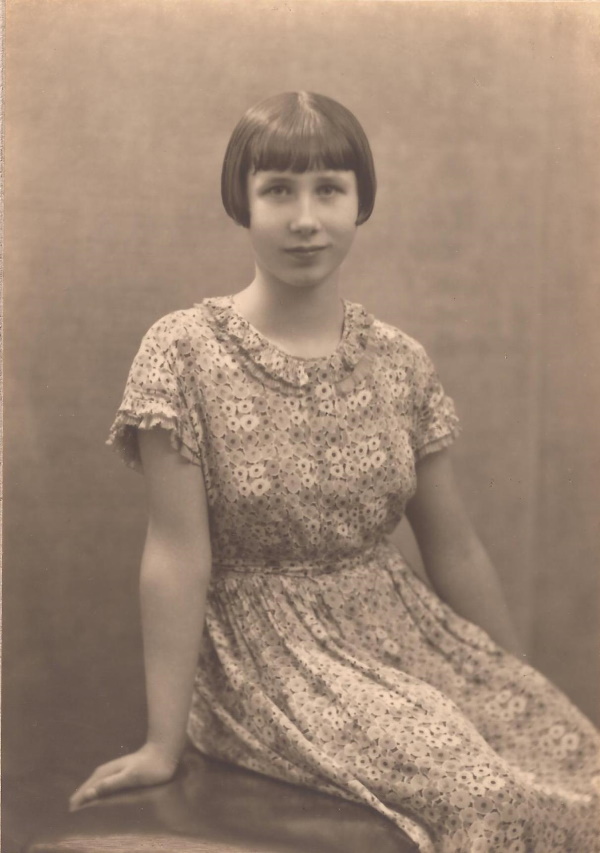 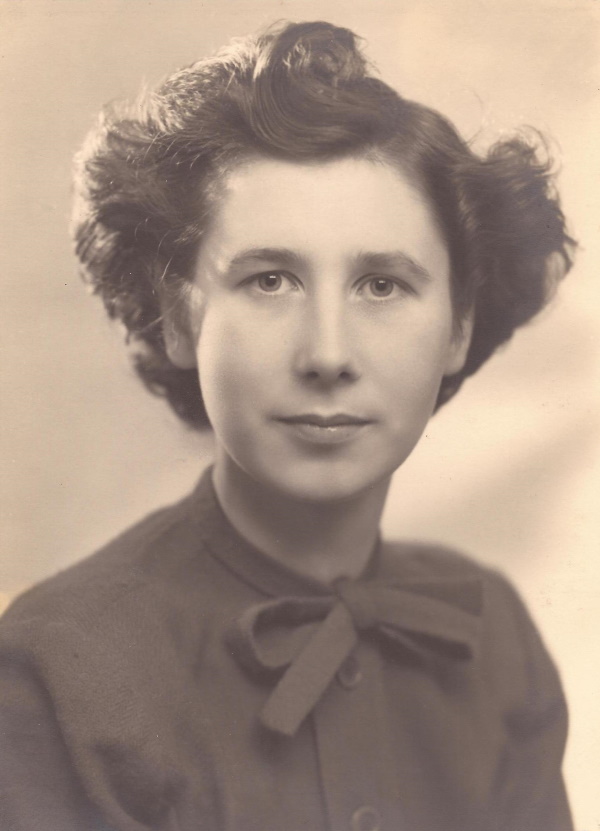 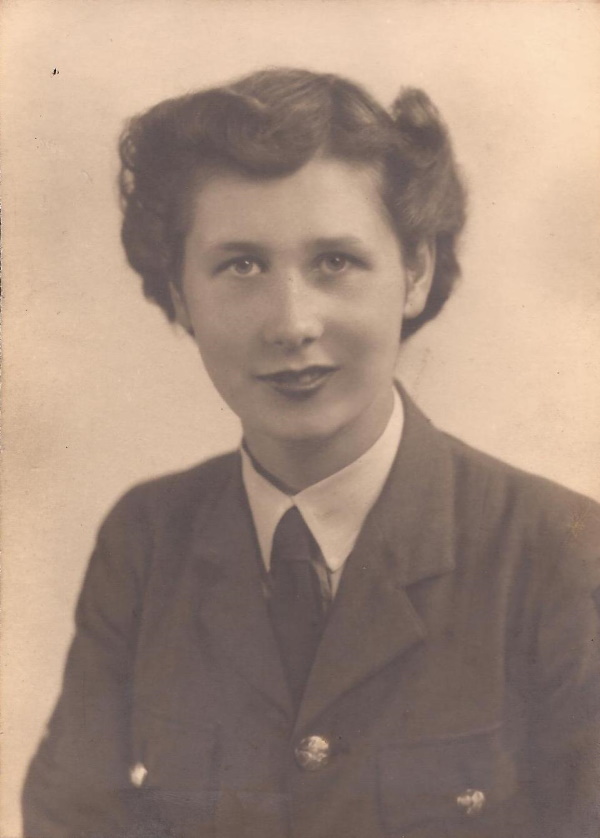 WAAF (Women's Auxiliary Air Force), freshly enlisted ca 1939,
having turned down offer of a place at the University of Cambridge 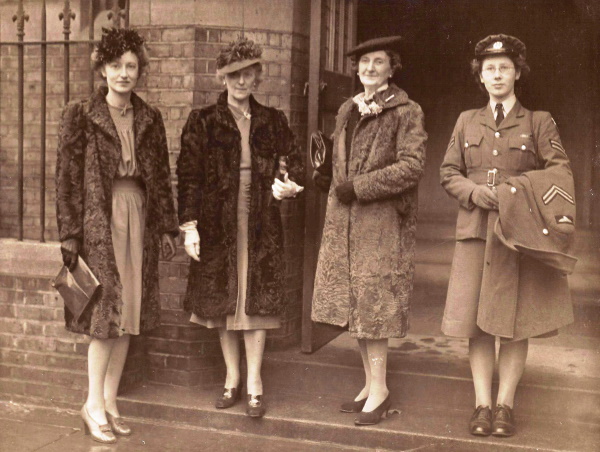 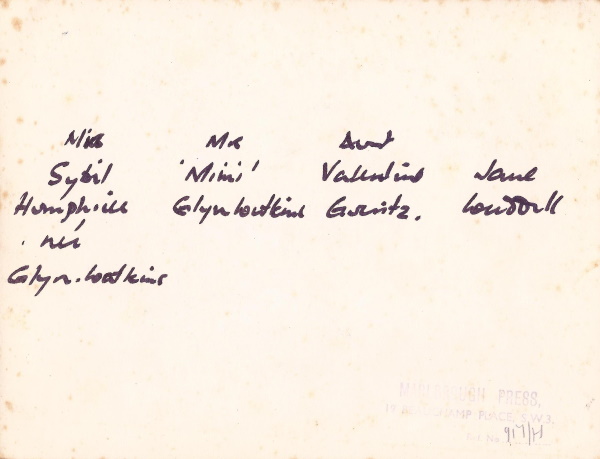 At the wedding of John Gueritz and Mary Gardiner, 25 Oct 1945

(Jane not yet demobilised from the WAAF)

The Glyn-Watkins' rated very highly with Hannah Waddell as well as with her sister Val Gueritz, as I recognise their name from having heard it spoken of with great approval at Elm Lodge. But until now (Apr 2020) I've known nothing about them.

Tragically, Sybil (née Glyn-Watkins) Humphris had been widowed on 8 Jan that year, when her husband Wing-Cdr James Humphris was killed on active service in Dunkirk. 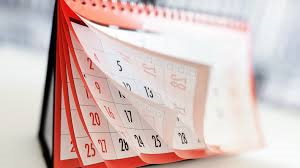 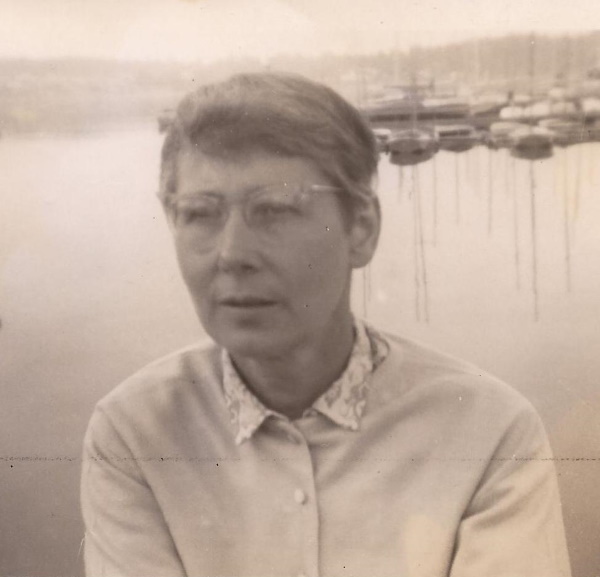 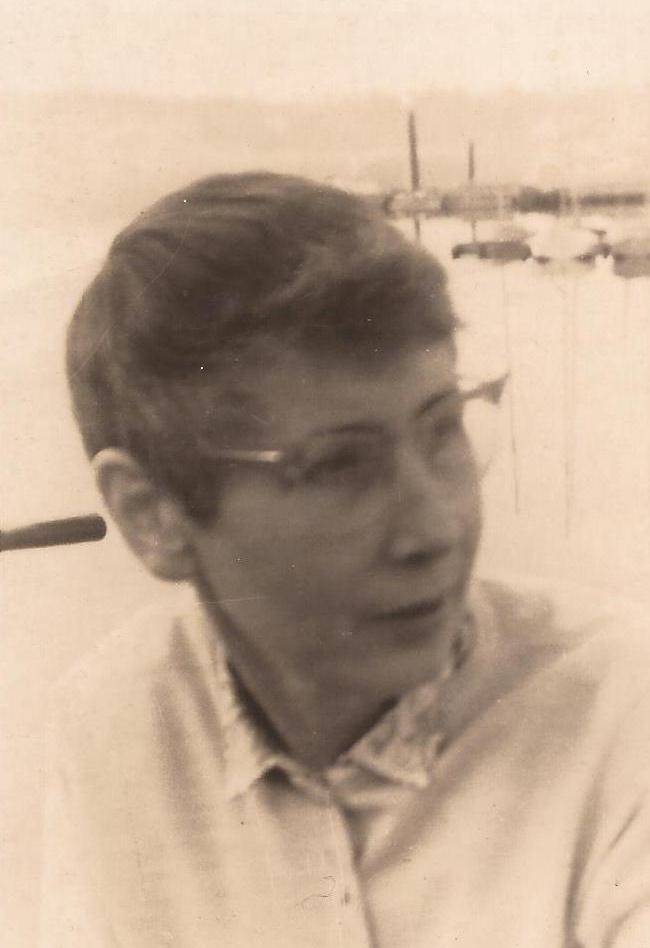