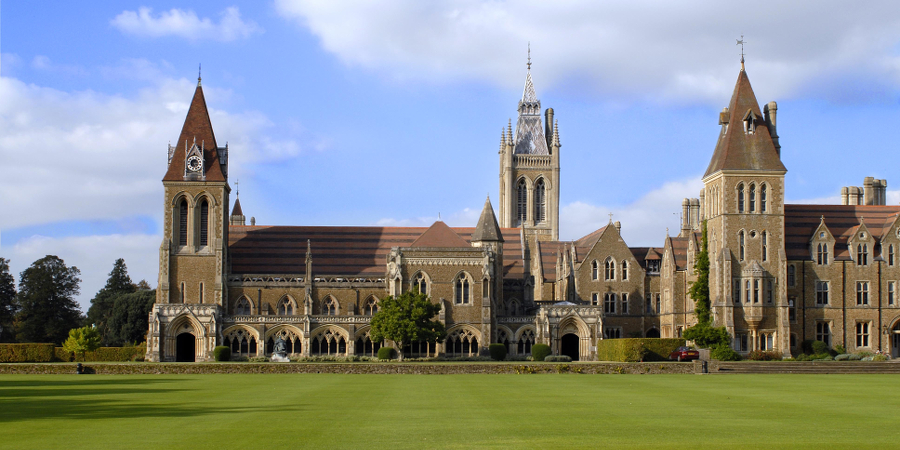 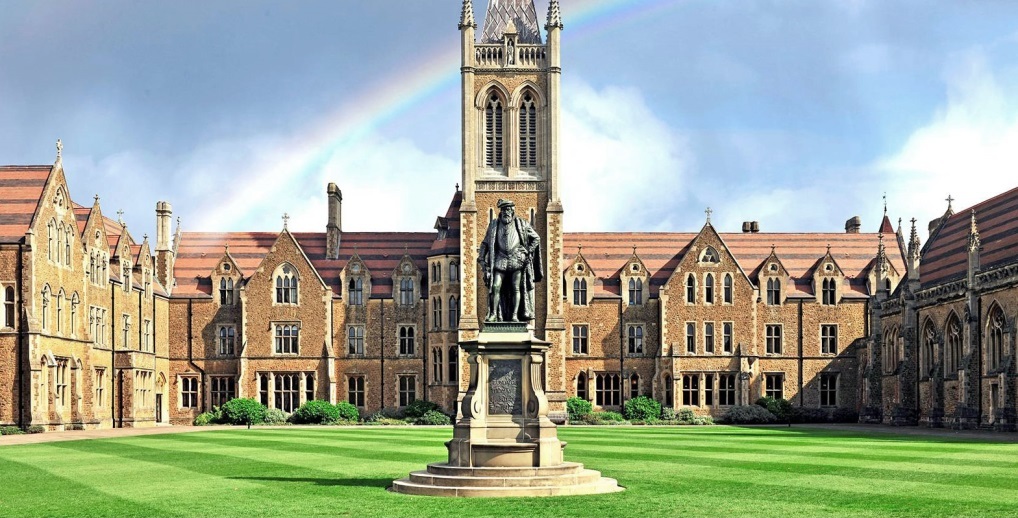 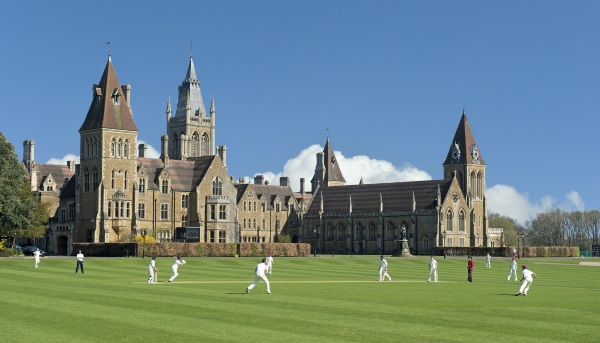 The academic year at Charterhouse is divided into three Quarters (ie terms, alternative names for which at other English schools are given in parenthesis):

As we shall see in the extracts for Robert and John Waddell, all known Carthusians are listed in the Carthusian Register under the Quarter (L, C or O) in which they arrived at Charterhouse – generally one would arrive at the beginning of the Oration Quarter, and depart, some years later, at the end of the Cricket Quarter, of course.

By traditional standard practice in Britain, all boys (ahem, pupils) were allocated to one or other of several Houses (originally signifying distinct buildings in which their dormitories and refectories were located), around which sports and other competitive activities could based, thereby fostering an additional esprit de corps. Boys from the same family, or whose fathers had been at that school, would be assigned to that same House, so there was an additional familial thread to the system. (It also meant that you had to live down, or live up to, the reputation of your family predecessor, providing an additional incentive to excel.)

The twelve houses at Charterhouse as per the Carthusian Register are itemised in Wikipedia, where the hallowed origins of their rather ungainly names are elucidated.

Their father Peter Hately Waddell had not been at Charterhouse so Robert was assigned for some other reason to the Saunderites, and thereby John was also assigned to the Saunderites in his turn. In the extracts from the Carthusian magazine referenced below, they would often be distinguished as 'Waddell ma' and 'Waddell mi', from the Latin major (= greater) and minor (= lesser). If a third brother arrived close on their heels, he would be 'Waddell min' from the Latin minimus (= least). I'm not sure what would be assigned in the unlikely case of a fourth brother – minissimus (= leaster), or minimus secundus, perhaps.

In the classic quartet (Down with Skool, How to be Topp, Whizz for Atomms, Back in the Jug Agane) of ill-spelt (sic) revelations of life at that quintessential English prep-school St Custards, the anti-heroic author is Molesworth 1, Nigel by name, and his younger brother is Molesworth 2, though I don't think his name is ever revealed. This numerical system, doubtless devised by the Faginesque headmaster Grimes, had the benefit of accommodating any number of wretched siblings contemporaneously condemned to that educational prison-camp. Just by the way, these books are works of true genius in which Geoffrey Willans laid incontestible claim to be the finest, funniest and most original humourist in English literature (sic) and the incomparable Ronald Searle reached his apogee as illustrator. As any fule kno.

I'm pleased to see that one P B H May was also a Saunderite, and proved himself a more than capable batsman and bowler as member of the Saunderite house team (in which both Robert and John were also members), and for the School 1st XI. Crumblies such as myself will remember whiling away their interminable summer holidays by listening to the BBC commentators exclaiming at the prowess of one Peter Barker Harris May, England cricket captain and batsman extraordinary, as England battled with the Australians for the Ashes in those far-off times when cricket matches could (and often did) last five whole days. And I wasn't even a cricket fan really – there was just something gently hypnotic and soothing about it. It was once remarked (by an Irishman of course) that "the English are not very spiritual people, so they invented cricket to give them some idea of eternity", and precisely tetigistied the rem acu of the Church of England and the five-day Test Match.

Many names from that era still resonate (though I wouldn't pretend they were ever all in the same team) – Peter May, Colin Cowdrey, David Sheppard (later to become the Bishop of Liverpool), Denis Compton, Godfrey Evans, Brian Statham, Frank Tyson, Tony Lock, Jim Laker... It was still class-bound (Gentlemen = amateurs, Players = professionals), but the Gentlemen were consummate players and the Players were true gentlemen. Somewhere along the line, society at large, and cricket itself (other sports too, of course), both lost their way as the iconoclasts tore down the traditional decencies and self-restraint of an earlier Corinthian age. 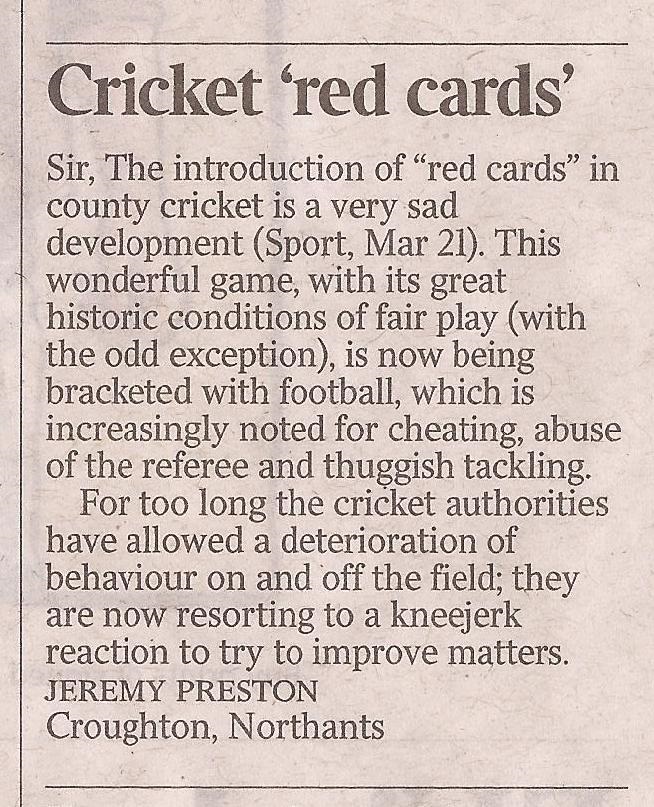 It is of course undeniable that standards have plunged, ever since the English introduction of bodyline bowling back in their Australian tour of 1932/3 and the more recent Australian recourse to sledging. However, who could object to the placard held up opposite the Australian all-rounder (and notorious ladies' man) Shane Warne as he was bowling against England a few years back, "Shane I think I'm pregnant"?

Cutting to the chase, please click here to see a tabulation (filtered from the Carthusian) of Robert and John's significant contributions to the cultural and sporting life of the school. Though I haven't read each item exhaustively, it seems fair to say that Robert excelled at amateur dramatics while John was outstanding at sport. There are just a few items which refer to neither of them but to one P L Waddell (a very capable winter sportsman), but that can't be helped. The items highlighted relate to Robert and John's arrivals at and departure from the school.

Further invaluable information from their later careers is provided by their entries in the Charterhouse Register, and will be cryptologically decoded (or semiotically deconstructed, I suppose one could better put it) in their respective Profiles.1,  2

They both contributed substantially to the life of the school, and both in due course won scholarships to the University of Oxford, and both went on to successful careers. Whose parents could have wished for more?