It is strange that an entire branch of a family can go walk-about, so to speak, in perpetuity – perhaps reflecting some previously unperceived fault-line in the connection.

The materteral (auntly on the maternal side) Gueritz cousins, for example – so close in my father's generation – beyond our event-horizon in this. The same applies to William's avuncular (uncular on the paternal side) Waddell cousins, of Guildford or thereabouts, with whom he was remarkably close for one of his (and their) self-sufficient disposition, and who then softly and suddenly vanished away. And of course the amital (auntly on the paternal side) Ferguson cousins, of Hampstead, with whom he lost touch as his health and faculties declined. 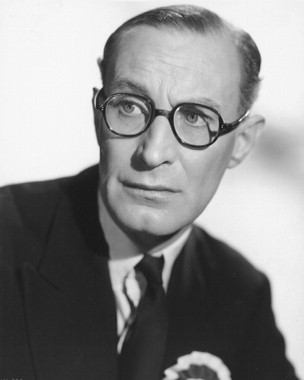 The Gueritz and Ferguson connections are delineated elsewhere as best I can, but in this case it is cousins Geoffrey, Robert and John of whom I sing, the three sons of my great-uncle Peter Waddell of the ICS, who were born into the claustrophobic hot-house atmosphere of the British Raj. In appearance not dissimilar to the 1960's actor Richard Wattis, with those retro 1930's spectacles; in manner, very well educated, quite possibly Oxford though maybe not the paternal Balliol, intelligent and agreeable, but (one has to say) seemingly unsuited to the abrasive new proletarian ascendancy of 1960's Britain.

Geoffrey had acquired excellent German, and indeed his (second?) wife Brigitte was German – he was possibly involved in the fine arts world. John had fluent Italian, as well as French and German, and, I understand, after a stint in Savile Row, relocated for some years to Italy – a sensible move by any reckoning. Robert moved to Australia and I think he eventually taught politics at the University of New South Wales. He authored a number of academic publications on SE Asian matters, some at least of which are listed on the internet.

Recent contacts (Feb 2018) from Robert and John's progenitees have raised the veil most helpfully as regards their fathers (though Geoffrey's details remain frustratingly elusive). The critical clue was the single word "Charterhouse" and just as Cuvier could (so he said) reconstruct an entire animal from but a single bone, "Charterhouse" has proved very fruitful indeed. It is of course, as any fule kno, the name of an English public school, originating in 1611 during Jacobean times.

And during the Second World War, Charterhouse was where Robert and John received their secondary education. Their primary education would most probably have been at a prep school, but I don't know which.