The textbook in question is

I acquired this excellent little treatise in my usual way, at a second-hand bookshop, and in due course realised that its treatment of the catenary was by far the clearest and most rigorous of any texts I had available (including the internet).

But only now has it also occurred to me that there are levels of coincidence involved that would have had Arthur Koestler sitting up on the edge of his chair.

In 1901, the year of first publication of this textbook, George Alexander Gibson was Professor of Mathematics at the Glasgow and West of Scotland Technical College – where Robert Waddell was taking mathematics lectures during the first year of his course in Naval Architecture, in which a study of advanced calculus would have been essential. It is therefore highly probable that this very textbook would have been recommended to the students as an up-to-date resource to invest in. It is also conceivable that Gibson himself would have been closely involved in the delivery of the course, and may even have taken the podium himself.

The following information has been extracted from the University of Glasgow website www.universitystory.gla.ac.uk/biography/?id=WH0269&type=P. 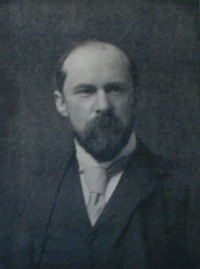 George Alexander Gibson (1858-1930) was Professor of Mathematics at the University from 1909 to 1927. He was awarded an LLD in 1927. The Gibson Lectureship in the History of Mathematics was founded in 1927 from funds raised by his friends, and provides for periodic lectures.

Gibson was a respected mathematician who wrote several text books and was recognised as a leading historian of the development of his discipline.

But what really makes the hairs stand up on the back of ones neck is the next link, www.theglasgowstory.com/image.php?inum=TGSD00063, in which Professor Gibson is depicted in a high-wire performance on, of all things, a catenary!!! 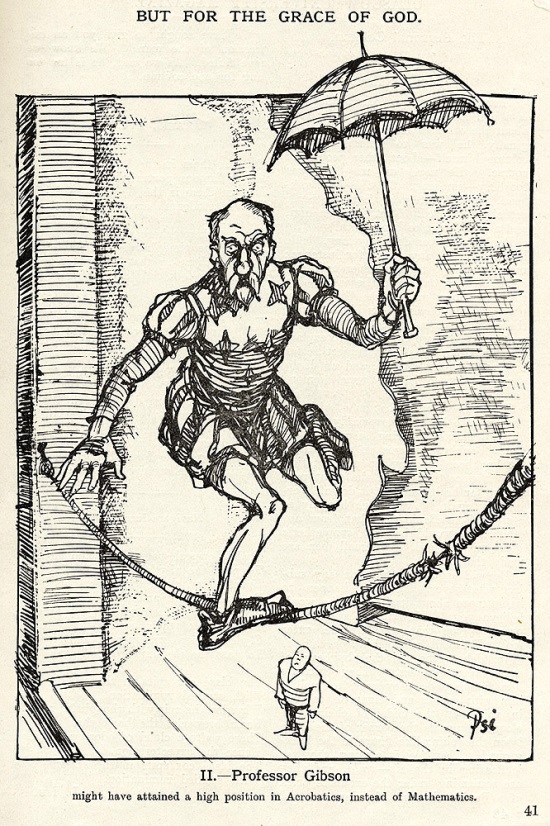 Gibson wrote a number of widely used textbooks, mainly on calculus, and became an authority on the history of mathematics. He was also one of the early members of the Edinburgh Mathematical Society. A series of lectures was instituted in his name after his retirement and in 1930 the first lecturer in the series was Albert Einstein.

And now sit back and enjoy his incisive account of the catenary equation. 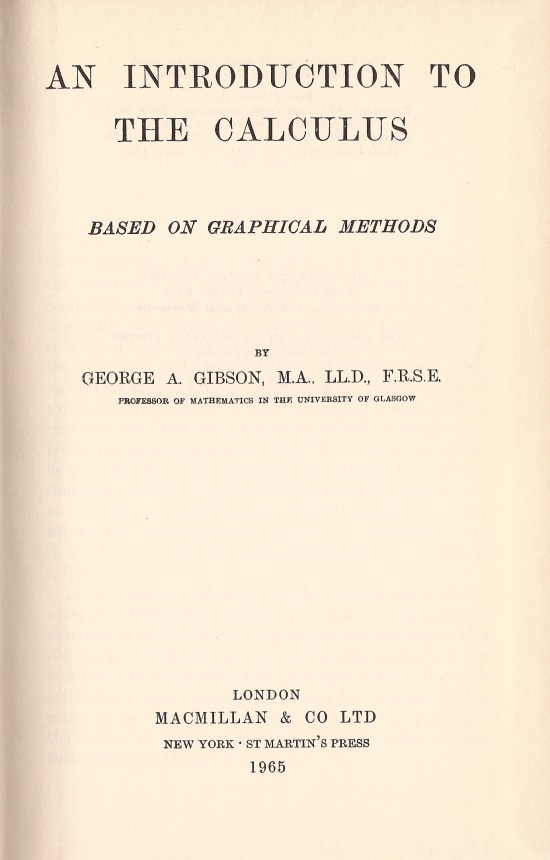 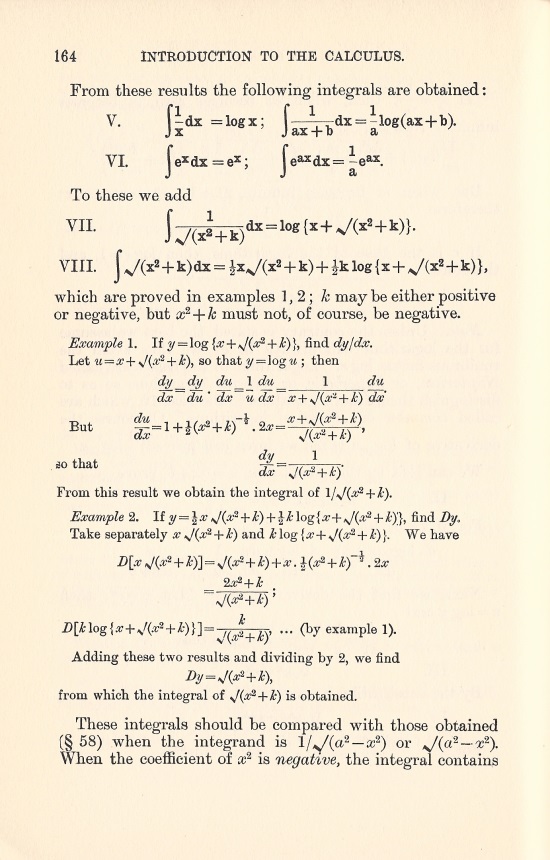 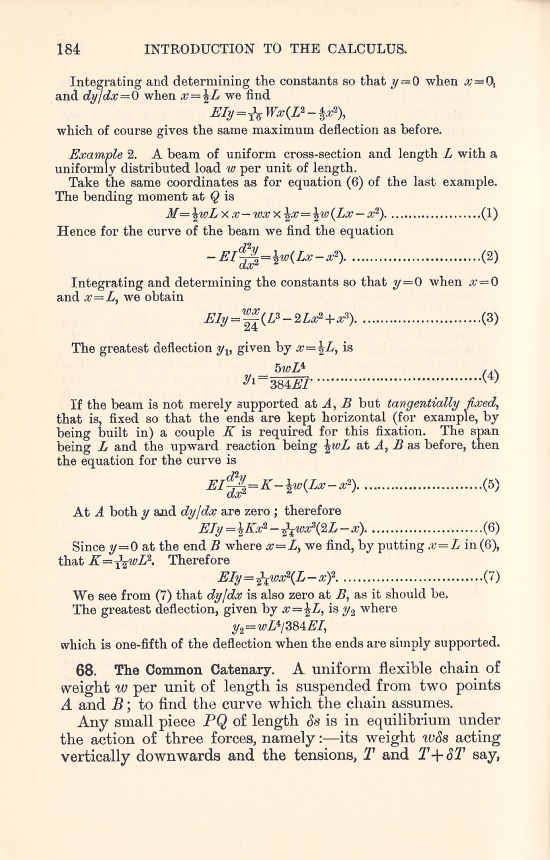 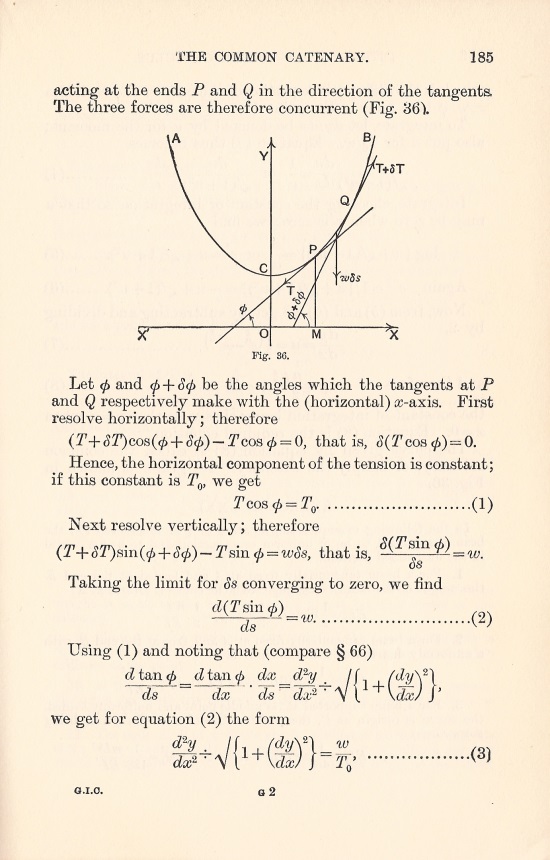 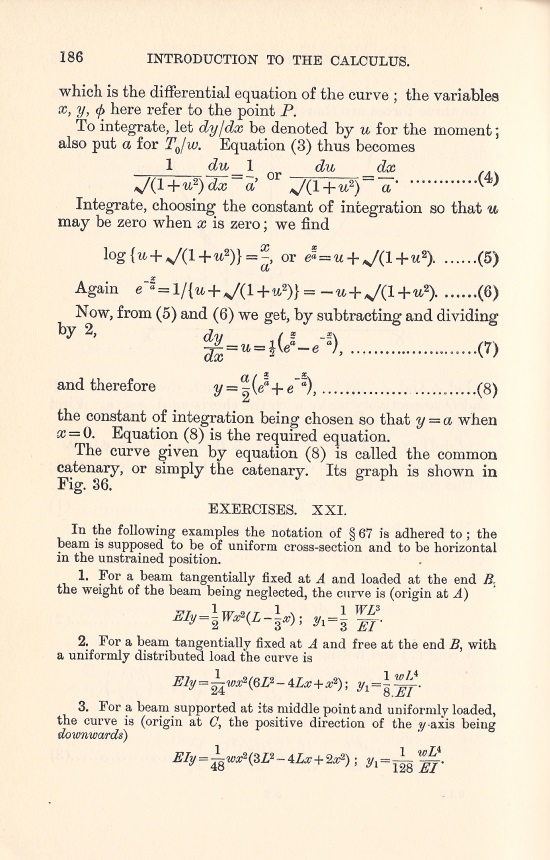