Until now I had no idea whatsoever about James having had a sister, let alone such an accomplished one. He had clearly requested at some point that his ashes be interred in Britford graveyard, in which his sister had been buried 64 years earlier, but he was far too old-school, and admirably so, to have made conversational capital of the subject.

However, I reproduce below a very fine account of this remarkable young woman, in her own way just as heroic as her far more famous brother. 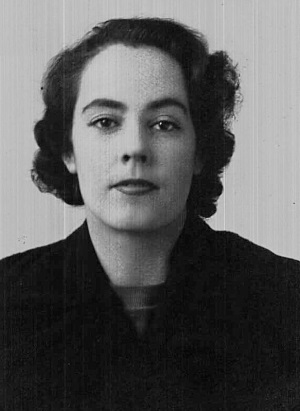 Bridget was born 7 May 1914, in Camberley, Surrey; her father was Major-General Walter Pitts Hendy Hill and they lived in Amesbury, Wilts.

She earned her RAeC Certificate [#17148] in Feb 1939 in Wiltshire. That September, within a fortnight of war being declared, she wrote to Marion Wilberforce;

"I am writing to know if you have any sort of flying job to offer me. I had almost completed my instructor's course, during which I did some blind flying - this was interrupted by the outbreak of war. I do hope you can find some use for me, as I adore flying and have spent everything on my training as an instructor."

And, to back her up, her instructor wrote

"I hereby certify that Miss Bridget Hill has carried out 108 hours flying, of which 78 have been solo. During her training as a pilot she has shown very good progress, and as a cross-country pilot I would place her as above average.

She has learned quickly and has displayed remarkable common sense in the matter of estimating the weather in the interests of safety.

While flying here she started an instructor's course and, although this was not completed, she gave evidence of ability as an instructor." 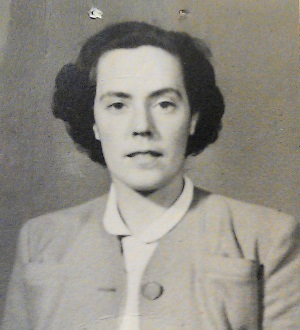 She was actually a bit too early: "I regret to inform you that we are not considering employing lady pilots in the ATA at the moment. In any case the minimum solo flying experience requred is 250 hours. We are filing your letter, however, and if in the future the position should change we would get in touch with you."

They didn't, of course, get in touch with her, so in May 1940 she wrote again, and was offered a test.

This, as she admitted later, was a disaster: "I am more than aware what a mess I made of my test, but I think the strongest nerves could hardly help being affected by waiting from 10 to 5 with so much at stake!"

However, by December of 1940, she was brave enough to write to Pauline Gower, again; "There has been so much in the newspapers of the expansion of the ATA, that I have decided to risk bothering you again by writing to know if there is any hope for me."

This time they wrote back to say No (again) – and you still need at least 150 hours.

Most people would probably have given up by now, but Bridget was made of sterner stuff. She took a job driving a mobile canteen but, here she is again, on the 10 Mar 1941: "I am answering the appeal made on the wireless this evening by Lord Londonderry to members of the Civil Air Guard and holders of 'A' licences... I am hoping that there is some chance of my being able to be of service."

At last, they relented, and offered her another test on the 2 April 1941. She was grateful, excited, and a bit apprehensive; "One is bound to be a bit rusty not having flown for so long..." Her test was with Margaret Cunnison, and this time it went OK – "quite good, but would need some further training".

Even then, there was another couple of months' wait until, finally, she got the call: "Please report 15 July for 15 Aug."

Kitty Farrer, the ATA Adjutant, filled in a little essential background knowledge: "She tells me she is a Baha'i, but would be satisfied with any form of Christian burial!" 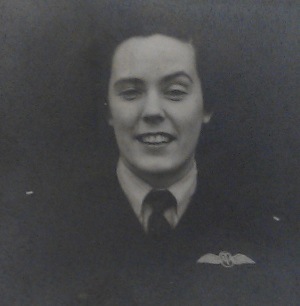 After 4 months at Hatfield, she was posted to Hamble, then Training Pool. Her flying instruction went well. "She is shaping very well indeed. An intelligent, hard-working pilot. Expected to do well." She completed 23hrs on Tiger Moth, 4hrs 45min on Magister.

Sadly, however, she was killed at 12.20pm on the 15 Mar 1942 when flying as a passenger in a Fairchild Argus HM178, which stalled and crashed onto a bungalow when returning to land at White Waltham after bad weather. 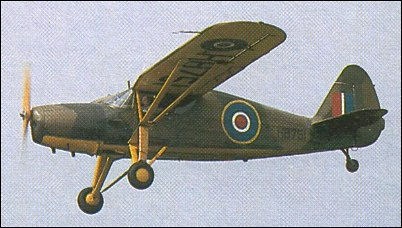 "AIRWOMEN KILLED Ferry Pilots' 'Plane Hit Bungalow. The Ministry of Aircraft Production announces that Flying Officer Graham Lever, Third Officer Bridget Hill, and Third Officer Bessie Sayers lost their lives in a flying accident on Sunday. The accident occurred in the course of their duties with the Air Transport Auxiliary. The 'plane crashed on to a bungalow. A fourth passenger in the machine, also a woman A.T.A. officer, was injured. Twenty-six people were injured when they rushed to the house to extricate the passengers in the 'plane. It is believed that the petrol tank in the machine exploded. The injured woman passenger was Third Officer P. D. Duncan."

"THROWN CLEAR At the inquest, which was adjourned until April 14. the Coroner stated that Miss Duncan, who was in hospital, had had "an extraordinary escape." It is understood that she was thrown clear of the house as the 'plane crashed, and escaped with cuts and bruises. Among the injured were children who were in the street. The petrol tank exploded some time after the crash, owing, it is believed, to contact with a fire in the kitchen. A man named Croft, living in an adjoining bungalow, was blown through a window into the street and badly hurt but a child in the front room of the bungalow was rescued almost uninjured."

She is buried in Britford Cemetery.

"My Dear Miss Gower, I must write and tell you once again how happy in, and proud of, her Corps Bridget was. It was all one great adventure for her, and her purpose in life was to make it a success ... The man who stood next to me at her graveside would have been her husband and it is so sad to think that they were deprived of that great happiness."

"I wouldn't have had my darling in any other service... it was a wonderful life and she was so supremely happy."