But as may be read below, there was once a thriving community there, and a mansion that later played a significant part in the history of Aberlour House and the public school Gordonstoun.

The mansion of Wester Elchies was built in 1681.

The nearest village is Archiestown, the only village in the parish of Knockando which was founded in 1760 by Sir Archibald Grant of Monymusk, who had inherited his highland estate on his marriage. Planned villages were mushrooming in the North East of Scotland and Sir Archibald an improver, followed suit establishing it as a community of linen weavers. A fire in 1783 destroyed many of the houses.

Sir Archibald sold part of his estate to a local lad who had made his fortune in Canada and London. Robert Grant became first Laird of Wester Elchies in 1783 and lived at the mansion house. His son Charles inherited the estate and founded Charlestown of Aberlour in 1812. He died unmarried in 1828 and his brother James William became the third laird, and though he was an absentee landlord who worked in India until his retirement, he cared deeply for the estate and its people. He was sympathetic towards their financial needs and provided land and materials for churches in Archiestown and Aberlour following the Disruption.

His unmarried son William continued to live at Carron House when he inherited the title, as did succeeding lairds. The mansion of Wester Elchies was sold to Gordonstoun's Kurt Hahn for a prep school and was finally demolished in the 1960s.

The last laird, Archie, died without heirs in 1951.

What follows is an attempt to summarise pictorially the vision of Kurt Hahn as manifested in a seriously chilly northern corner of Scotland (though probably not a lot chillier than my boyhood in Lancashire in the late 1940s and early 1950s). 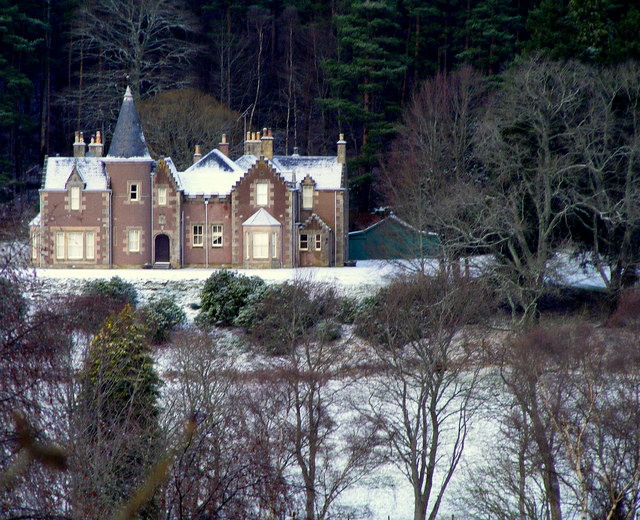 The last Laird, Archibald William Henry Grant, died suddenly in 1951 aged just 52. But his lineage is rather intricate and quite challenging, requiring a combination of sources (Wikipedia, Ancestry and Scotland's People) to provide a reasonably convincing account.

Sometimes it's the lesser details that enliven a family history, as per Archibald's maternal grandfather's acromegaly (he was very nearly 7' tall, and a superb oarsman), whilst Archibald himself (as can be seen from the images released to the public domain) was very little taller than his impressive salmon was long. 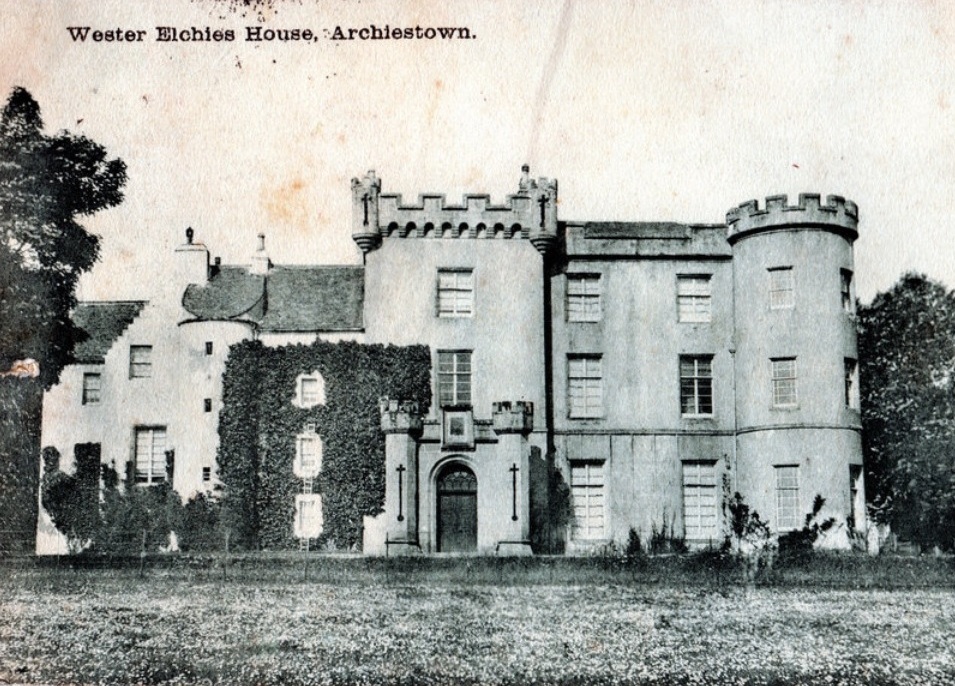 By the early 1960's the building had become unfit for purpose,
and in 1968 it was demolished. Well before that time (196X)
the school itself had moved to Aberlour House.
www.singing-baboon.com/Biography/Andrew.htm

Andrew Colin (b 1936), son of a Russian-Jewish father second-cousin to Kurt Hahn, was sent to Wester Elchies for a term (autumn 1947) – see the section "Wester Elchies House" for his account of that experience (or read a reformatted transcription of it). 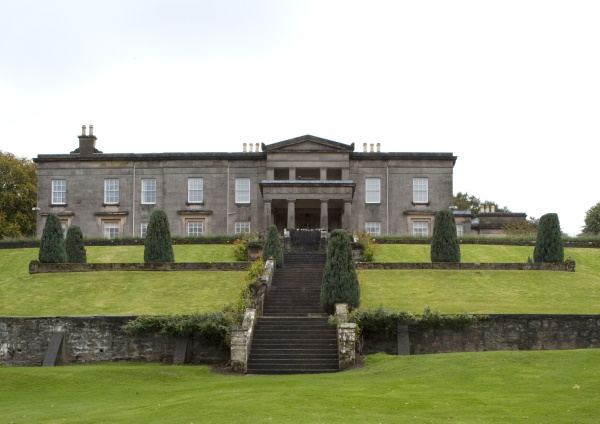 Following his term at Wester Elchies, Andrew Colin was sent to Aberlour for two years 1948-1949) – see the section "Aberlour House" for his account of that experience (or read a reformatted transcription of it). 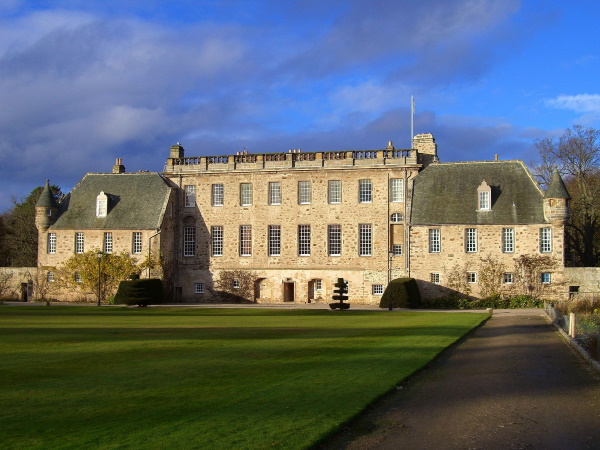 Located in Morayshire, north-west of Elgin, near Duffus, and originally called "Bog o' Plewlands, this was the seat of the barony of Ogston held by the family of that name, the earliest recorded member of which, Simon, died in 1240. The Ogstons sold the estate in 1473 to the Innes family, who were here for seven generations before selling it to the Marquis of Huntly in 1616. Shortly before or after the sale a new house was built and by 1636 the Marquis had added wings with bartizans and unusual hipped roofs. In 1638 the 2nd Marquis sold Plewlands to his cousin Sir Robert Gordon, son of the 11th Earl of Sutherland. The estate then became the barony of Gordonstoun. His son Sir Ludovick drained the marshy Bog o' Plewlands into the small lake in the grounds.

The next laird was Sir Robert, known as the Wizard of Gordonstoun. A student of alchemy, Sir Robert is said to have made a pact with the devil. He built the Round Square (courtyard) at Gordonstoun supposedly to confuse the devil and avoid having his soul taken at his death. According to legend, however, Sir Robert lost faith in this plan and, when the appointed hour arrived, he made his way to Birnie Kirk instead - pursued by a dark, mysterious horseman and hounds, with fatal consequences!

Part of Gordonstoun was damaged by fire during the 2nd World War. Gordounstoun passed to the Cummings of Altyre after the last Gordon laird died. In 1934 Dr. Kurt Hahn took over the property for a new type of residential educational establishment, and created Gordonstoun School.

Following his stint at Aberlour, Andrew Colin was sent to Gordonstoun, and was there almost five years (ca 1950-1954) – see the section "Gordonstoun" plus its subsections, for his account of that experience (or read a reformatted transcription of the greater part of it).