THE QUEEN VERSUS FINDLAY

The first case before the Court was that in which Charles Farquharson Findlay, editor of the Hull Times and Hull Packet, was accused of a libel contained in the Hull Packet, when issued as a daily paper.

Mr Waddy QC, who, along with Mr Dodd and Mr Lockwood, appeared to prosecute, said that before his lordship called upon Mr Findlay, he wished to say that there had been an order made in Chambers, and, if it accorded with his lordship's views, he (Mr Waddy) ventured to think that probably it would be unnecessary to swear a jury, because Mr Findlay had, before a learned judge, applied to be at liberty to strike out his justification, and, as he (Mr Waddy) understood, he was prepared to plead guilty to one of the counts in the indictment, and, with regard to the other count, the prosecution did not propose to press it.

His Lordship: If he pleads guilty let it be done in open court.

Mr Waddy: I believe what Mr Findlay is prepared to do is to withdraw his plea of not guilty to one of the counts in the indictment, and then, with regard to the other, he (Mr Waddy) was prepared to strike it out.

His Lordship (to defendant): Do you wish to plead guilty instead of not guilty to one of the counts?

Mr Findlay: To everything except the phrase "knowing it to be false," which is in the first count.

His Lordship (to Mr Findlay): You wish to plead guilty to the second count?

Mr Waddy: I was going to ask for an abstract, my lord, of what the plea was, and we cannot deal with the record except with your lordship's leave.

His Lordship: What I was going to do was this. As soon as the plea of guilty is taken on the second count, then, it seems to me, it ceases to be a matter of assizes, and judgment ought to be taken in that matter on the 4th day of next term.

Mr Waddy: Yes, my lord. The only difference in the case is this, that what we propose to do is to strike out the first count. That, of course, can only be done with your Lordship's consent, and, therefore, in order that your Lordship may be moved to do that, I propose to relate exactly what has led the prosecutor to propose that it should be done.

His Lordship: The whole thing will have to be spoken to in London when the defendant files his affidavit.

Mr Waddy: With regard to all these applications for criminal information, the Court has laid down a rule, but in all these cases there must be a pledge given on the part of the gentleman who claims the information, that he will go through with it, in order that criminal proceedings may not be the means in point of fact.

His Lordship: I do not think it necessary to hear you. I think your application to strike out the first count when he pleaded guilty on the second, will quite meet the ends of justice.

Mr Waddy: I was going to say I hoped your Lordship will not put it on the ground that it was an application on the part of the plaintiff to strike it out, but rather in the of an application from the defendant.

His Lordship: What I meant was that it would be better not to enter into a discussion of the merits here, because it will have to be discussed again in London, when the defendant applies, as I suppose he will, for the favourable consideration of the court, on the ground that he acted under excitement, or anything else.

Mr Waddy: I think I ought to state that the reason why the course is adopted, or rather, consented to, on the part of the prosecution, is that Mr Findlay having gone before Mr Justice Hawkins, and in private communications also with us which have been made public since, [has] given us reason to believe that the statements he made, as editor of the paper, were not statements which at all originated with himself, and having given the names of Captain Thorpe, Captain Wellesley, and Mr Baxter, who have made affidavits which they now do not attempt to support, we think the first count as to his having said these things knowing them to be false may fairly be withdrawn.

His Lordship (to Mr Findlay): You will have to appear in London by yourself, as well as by counsel, whom you may instruct.

Mr Findlay: Then, my lord, it is quite unnecessary for me to make my statement in court?

His Lordship: Quite unnecessary. You should reserve whatever you may have to say for the occasion when you come up for judgment at Westminster in November.

His Lordship (to Mr Waddy): I have some doubt as to whether you have any right to enter a nolle prosequi; but that matter can be arranged, no doubt.

Mr Waddy: At all events, your lordship has power to strike out the count.

His Lordship: I am not so certain of that.

Mr Waddy: Then we will appeal to the Attorney General.

His Lordship: You must appeal to the Attorney General, but if I find I have the power to strike the count out I will do so.

The first count was referred back to the Attorney General in London, for the prosecution to apply for leave to enter a nolle prosequi. 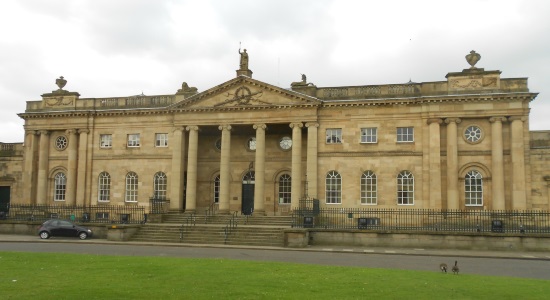 WHAT PRECISELY WERE THE TWO COUNTS???