MR SANER
AND THE
"HULL PACKET"

Before the Lord CHIEF JUSTICE and Mr Justice MANISTY

Mr Webster, QC, instructed by Messrs Rollit and Sons, moved on behalf of Lieutenant-Colonel Saner for a rule nisi calling upon Mr Farquharson Findlay and the Hull Packet Newspaper Company (Limited), to show cause why a criminal information should not issue against them in respect of a libel in a newspaper called the Hull Packet – a libel upon Lieut-Colonel Saner.

The libel was published in the paper of the 12th of April in the present year. Lieut-Colonel Saner was a Justice of the Peace for the town of Kingston-upon-Hull, and had been so for upwards of six years. He was also a Director of the Hull Dock Company, and had carried on business in Hull many years as a timber merchant.

He had been for upwards of 19 years an officer in the Volunteers. He was originally in a rifle corps regiment, and subsequently became a member of the Fourth East York Artillery Volunteers. He had received the various commissions of Ensign, Captain, Major and Lieutenant Colonel and was a most active member of the Volunteer service. He had passed through all those ranks, and had had for several years a commission of lieutenant-colonel in a volunteer regiment. In 1876, having been publically thanked for his services in connection with the Rifle Volunteers, and been about to retire, [he] was asked by a certain Colonel Humphrey to join the Artillery Volunteers, and he consented.

In 1878 a Court of Inquiry was held on Colonel Humphrey's conduct, in regard to certain matters which need not be entered into. Lieut-Col Saner got up a memorial in support of Mr Humphrey and he himself took the trouble to go up to London to present a memorial to Lord Londesborough, the honorary colonel of the corps, and, in consequence of the intervention, Mr Humphrey was allowed to remain commandant of the Fourth East Yorkshire Artillery Corps.

But in 1878 differences again arose between Colonel Humphrey and certain officers of the regiment, and in February 1879 certain officers applied for a court of inquiry again upon Colonel Humphrey. Mr Saner's services were again solicited by Mr Humphrey and his solicitor to induce those officers to withdraw the application for a court of inquiry, and upon certain terms being suggested the officers consented to withdraw their application.

Those terms, however, were not carried out by Mr Humphrey, and in his absence, Mr Saner did that which was the only thing which had been suggested against him, he communicated direct to head-quarters, in the absence of Colonel Humphrey. Another application was made by the same officers for a court of inquiry. The court of inquiry was accordingly held, and Colonel Humphrey was cleared from all the charges which were brought against him. Mr Saner was requested to resign, and he did resign, the grounds for the request to resign being that he had incurred the censure of the Major-General by the tone of his reply to a reprimand, and his conduct in opposition to Colonel Humphrey. He was, however, permitted to retain his rank of Lieutenant-Colonel and wear the uniform, thus showing that not one single reflection rested on him, and that he had not done anything he need be ashamed of.

About that time certain articles appeared in the paper, against which he was moving, reflecting on Mr Saner. The articles were of an objectionable nature, but were not such as Mr Saner thought it necessary to take notice of. Whether, however, they thought they might attack Mr Saner with impunity, there appeared in the paper of the 12th April the article of which they complained, and anything much worse respecting a gentleman of position, a Justice of the Peace, and Director of the Dock Company, and a man of unblemished reputation could scarcely be conceived. The article was as follows: –

"The quality of mercy is not strained," according to those youthful indoctrinations which we used to receive at second-hands [sic] from one Mr. WILLIAM SHAKESPEARE, who, if not exactly a fine old English gentleman, in the society sense was at least one of the olden time. Mr. SHAKESPEARE, although cynically alleged to have been a unit of the common people, did pursue, even in his quest of poaching, some uniform principles of freebooting. We are afraid that in Hull there has just descended such a trespassing upon public opinion, by our own Tory Government, as must make every man who has a head to call his own hang it down and blush. An expiring Ministry – which mean the pliant STANLEY, worked by the persuasive Dr. ROLLIT – has just granted Mr. (Lieutenant-Colonel) SANER the retention of his Volunteer rank. Remembering the sneaking insubordination, the gross unsoldierly conduct, the behind-the-back wheedling of which this precious thing in volunteers was guilty, one might well stand back on this occasion and raise one's hands to to tune of "God a' Mercy!" If duplicity, if double under-handed dealing, if bearing false witness against one's neighbour is to succeed, then certainly let Mr. Lieut.-Col. SANER retain his rank. Make him a Peer for the matter of that; and he might as well be a Duke as a Baron. That he is barren of that old-world genuine honour which constitutes a true soldier and a gentleman may possibly be an open question – among his own personal friends. There are others, however, who will possess no doubt about the matter. A pretty farce this is indeed – if an ambitious thing dressed up in artillery clothes is to charge his Colonel Commandant with all sorts of despicable delinquencies which are, upon investigation, proved to be utterly fictitious.

With respect to this suggestion (the learned counsel said), Mr Saner had never once made any charge against Colonel Humphrey, but had, on the contrary, taken his part on many occasions. The article went on to say: –

And if, after all this loose-witnessing, which draws a lot of foolish flies into the parlour of disgrace and of dishonour, the old spider is to turn round and whistle triumphantly that they are enmeshed, but that still he is Lieutenant-Colonel SPIDER – pray what further can be said? The whole thing is a farce, and to discuss it is a farce. Speaking for ourselves, we used to believe – a very ancient belief, no doubt – that in order to retain his rank an officer required to have the recommendation of his Colonel-Commandant. We may be mistaken; but we have not yet heard that Mr. Lieutenant-Colonel SANER has received the necessary recommendation in question from his superior officer. When he has done so, and when he has risen – which we believe, in his case, to be impossible – to a true perception of what a soldier's first duty is, then shall we believe he is entitled to this retention of his rank. At present, one cannot help reflecting what a fine example he is to his corps. The whole principle of volunteering is based upon the idea of military discipline – of order and of sub-order. Yet here we have a contumaciously contemptible endeavour to have the authority of an entire Brigade over-turned, the result of which is a mandate from the War Office, that all these disloyal and unworthy officers shall at once resign. It was indeed a matter of cashier. Those who accepted the dismissal, with what good grace they could, no doubt now feel ashamed of themselves now that they should have been, mayhap unwittingly, drawn into so disgraceful a cabal. Not so the ring-leader. With that unblushing effrontery which so well becomes him, he has brazened it out to the last. And what a last it is! If honour and equity and bravery are to come to this, that you can go and stab your commanding officer in the back, be ordered to resign, yet retain your honorary rank, and describe yourself on your calling cards as a Lieutenant of Her Majesty's Service, then all we have got to say is this, that glory is easily, cheaply, and sometimes not very worthily won. There are a few things also, that we should like to know. We should like to know if this scandal is to go unchallenged by NORWOOD or Mr. WILSON in the House of Commons? We should like to know if all those other officers who were cashiered are to be reinstated with an equal honour to that vouchsafed to Mr. SANER? And we should like, above all, to know, what volunteering or soldiering – or (for the matter of that) discipline in every matter of each day's business is coming to – if we are to be granted the privilege of coining falsehood against this one and the other without being able to substantiate the case – smirking the while, and retaining what we are pleased to think our honour, perhaps even deigning to sit on the Bench as a J.P., and writing ourselves as a Lieutenant-Colonel on our calling cards? Beside all this, Chairman of the Dock Board is a small consideration; and a single transaction in timber must be accounted a mere bagatelle – Lieutenant-Colonel SANER retains his rank; and HORSLEY lives at Cottingham.

The learned counsel went on to say that he had read the article, and he submitted that a more gross libel it was impossible to conceive. He had Mr Saner's affidavit, and if necessary he would read the passages, negativing every charge. He had been publicly thanked.

The Lord Chief Justice: What is the meaning of it; is it a political difference?

Mr Webster: Not a political difference, my lord; I wish I could think it was. Mr Saner has been lately appointed a director of the Hull Dock Company. There was a gentleman in opposition to him, and we have every reason to fear and believe that their articles are dictated, solely by the fact that Mr Saner has been elected a director of the Hull Dock Board and the other gentleman was not.

The Lord Chief Justice: Then take your rule.

Mr Webster, in reply to his Lordship, pointed out the difficulty of drawing up the rule as against the company, and said there would be no difficulty in the case of Mr Findlay, the editor, whom they knew to be responsible, and they would put in the names of two of the directors whom they knew to be perfectly connected with the matter. 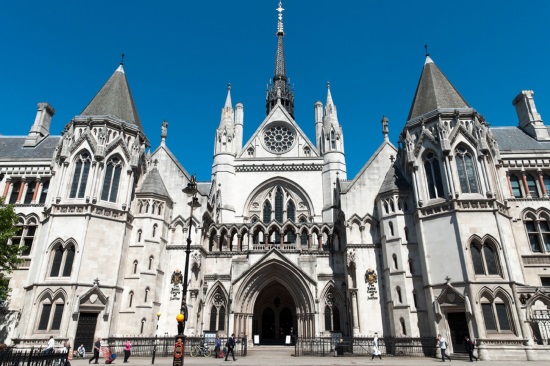 The High Court of Justice, The Strand, London

Defamatory Libel as a Criminal Offence

How can defamatory libel be a criminal offence?

... libel can occur in two criminal forms: defamatory libel and seditious and obscene libel. The defamer in a criminal libel case could, in theory, be sent to prison but the law on this matter is [nowadays] considered a relic and so is more likely to be used by private rather than public prosecutors at the present.

... In a criminal court, the libel must be seen to have the potential of leading to some breach of the peace via the publication of a defamatory statement.

Is truth a complete defence in criminal defamatory libel?

As with the civil tort of libel, it is true that the truth of what was published about the defamed must be proven. Nonetheless, whilst this constitutes a complete defence to a libel action in the civil courts, in criminal proceedings it must be proven also that the words were published for some public benefit or interest. If the defendant does not prove this additional point then the trial will likely result in a conviction.